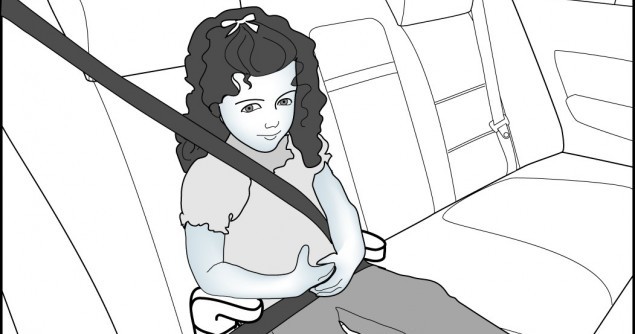 The number of fatal accidents caused by child negligence in Salalah over the past few years seems a little abnormal to me.

Just last week an innocent child fell out of a fifth floor window to her death in busy central Salalah. A teenager accidently drove over his toddler brother who just happened to be out in the middle of the road with no one watching him. Three young kids drowned earlier this year because their parents thought the ocean was a friend. A child fell out of a car window while her father sped like a maniac. A little kid was electrocuted while playing with loose wires in his home. The list seems unusually long for a town like Salalah.

This doesn’t even include all the precious children who lost their lives in car accidents because their parents didn’t bother putting them in car-seats or fastening their seatbelts. I do not have access to official statistics about child deaths and injuries in Oman, nor do I know if such statistics exist. What I do know is that many of the avoidable incidents I have witnessed over the years reflect a casual ‘Insha’allah everything will be fine’ attitude towards child safety here in Oman.

I observe the gangs of wild young kids in my neighbourhood who play soccer in the middle of the road and harass cars into the late hours of the night and can’t help wondering where their parents are. They don’t look left nor right when crossing the street and aren’t old enough to judge the speed of oncoming cars.

There’s a fierce little four year old in my neighbourhood who is determined to get run over by my car every afternoon when I get home from work. He is often roaming around the neighbourhood on his bicycle for hours at a time and his family is nowhere to be seen. Need I say more?

Recently I had an eight year old in my car. Before we started driving, I asked her to put her seatbelt on. She gave me a puzzled look and asked, “Why?” I gave her an equally puzzled look and after a rather awkward conversation where I tried ever so patiently not to start screaming about safety, I finally managed to explain why seatbelts exist. Apparently, she thought it was better not to wear a seatbelt because in the event of accident it would be easier to get out of the car in a hurry instead of being stuck with a seatbelt. I explained as delicately as possible that in the event of an accident the most likely scenario would be her flying straight through the glass windshield and landing in a motionless heap in the middle of the highway. What have her parents been thinking?

A few days ago the State Council of Oman posted a discussion topic on Facebook asking if it’s time to make car seats mandatory for babies and young children in Oman. I decided to mention it to a few of my colleagues and to my surprise they were furious. They felt that authorities had no business making decisions concerning their own kids. I tend to disagree. Omanis have proven time and time again that they have no understanding of road safety, especially when it comes to children. The only Omani I know in Salalah who owns a car seat for their child is my sister.

I don’t want to generalise but the overall attitude of many people in Oman seems to be that the minute kids are out of diapers they can take care of themselves. The reality of it is that they cannot.

I am not a mother, but I am very much aware of the fact that kids are small, vulnerable, and ever so fragile. You can never be too careful. Are there laws in Oman against child neglect? Do you think many families in Oman are too laid-back about their children’s safety? If so, how can we improve the situation?