‘The Eyes Have It’: How Saudi Women ‘Speak’ 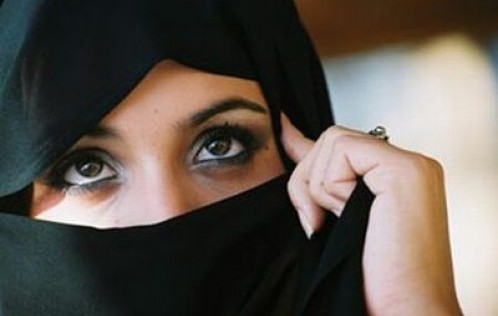 There really should be a movie made about the Saudi girls and how they can say so much just with their eyes.  It’s really something to see how the girls can flirt and express themselves only with their eyes when seeing young men in their age group at a local mall.  The man in turn will respond to her with his own expressions and smile.

Sometimes though the young women are simply flirting or learning to flirt.  They will practice their “eye smiles” on their father and uncles.  Even when not wearing a veil, the young women remain masters at speaking with their eyes.  There is no need to see a smile for the smile is already shining through the deep brown eyes.

When I happened to listen to singer Scotty McCreery’s song ‘The Trouble with Girls’ it immediately reminded me of the encounters between young Saudi women and men.  The video was filmed in an American school where boys and girls are not segregated and gives a fair depiction of what a typical school is like in regards to no segregation.

Last but not least I’d like to mention that Scotty is a North Carolina resident too.

I hope you enjoy this link which also contains the video.

As I watched the video I thought a Saudi version of the video should be made by a young Saudi singer.