The Enduring Appeal of ‘The Very Human’ Ibn Battuta 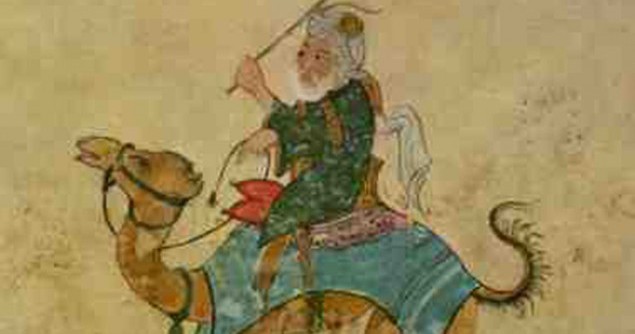 If you think of the Muslim world as a monolith of orthodoxy, you should read Tim Mackintosh-Smith’s Landfalls, on the Edge of Islam from Zanzibar to the Alhambra. You will be persuaded otherwise.

Follow current events in Syria, Mali, Egypt. Iraq and Iran, and you could be forgiven for thinking that the Muslim world has turned white and black. The white of the thobe, the salafis and the Muslim Brotherhood. The black of the Al-Qaeda banner and the Iranian basiji.

Mackintosh-Smith’s journey in search of the great mediaeval traveller from Tangier, Ibn Battutah, takes him to the fringes of the Islamic world. To places where local traditions, pre-Islamic culture and cohabiting belief systems have left their stamp on Islam as much as the other way round.

In his previous books on Ibn Battutah, Travels with a Tangerine and Hall of a Thousand Columns, he traced the great man’s footsteps in the Arabian Gulf, the Levant and lands now occupied by Turkey, Iraq, Iran and India.

In Landfalls he goes to Zanzibar, the Maldives, Sri Lanka, China, Mali, Mauretania and Equatorial Guinea, where Islam rubs shoulders with Buddhism, Confucianism, Hinduism and spirit worship. And he ends up on European soil, at Granada, the last outpost of Islamic Spain.

Ibn Battuta was the greatest traveller of his age. In the 14th century he journeyed by sea and land to the edges of the known world of the time. As a self-appointed qadi (Islamic judge) he inveigled his way into the courts of sultans, princes and khans, usually walking away with substantial goodie bags from those illustrious rulers. He took wives and concubines where ever he went, yet was never hesitant to frown at practices that he considered un-Islamic. His account of his travels is full of meetings with mystics with magical powers, of jinn’s, and of the generosities and cruelties of the rulers in whose courts he took shelter.

Mackintosh-Smith’s book is about his attempts to find traces of Ibn Battutah on the various way posts of the shaikh’s journey. His devotion to his subject does not stray into reverence. Ibn Battutah is always human – vain, censorious yet resilient and devout. Within his rules, he is a voluptuary, ever on the lookout for the main chance.

The author’s journey takes him to ruins of an ancient palace and a haunted graveyard in Zanzibar. To the Maldives, where fiery demons still appear to trembling fishermen. To Adam’s Peak in Sri Lanka, a mountain holy to Buddhists, Hindus and Muslims alike. To the mosques in the port cities of China where Ibn Battutah made landfall in a futile mission to the Mongol Kahn on behalf of the Sultan of Delhi. To Saharan Africa, where the trade in salt and gold created a great empire, of which only traces remain. And finally to Granada, the jewel of Al-Andalus, the last outpost of the Islamic empire in Europe.

Mackintosh-Smith is no wandering mystic, though he is full of mystical insight. Wherever he goes, his command of Arabic and deep knowledge of Islam leads people to assume that he is a Muslim and invite him to prayer. His polite refusals to join the rituals call to mind the time-honoured phrase beloved of British tabloid journalists who find themselves at the logical next step in their investigations of salacious stories: “I made an excuse and left”.

By contrast, when asked an awkward question at a Sufi festival, he responds with grace and elegance:

“I went to bid farewell to Abd al Salam Bawa. He was sanguine about the cancellation of the ritual. These things happened, he said: there would be other times, by the will of God. ‘Tell me’, he asked as he released my hand, ‘what is your tariqah?’ My sufi order; at least, that is the common gloss on a word that also means a way or course or line.

A tricky question. For a moment I thought of telling him I was an independent. But it wasn’t strictly true. ‘I follow the tariqah of Ibn Battutah,’ I said, and went out into the night pursued by slightly puzzled blessings.”

Though the theme is IB, as Mackintosh-Smith calls the wandering sage, Landfalls is also a travel book full of earthy stories as well as ethereal reflection. We meet a peppery scholar in Sri Lanka who sounds like a retired English major from the home counties. A smooth-suited Malian who guides the author through his perilous journey through Guinea. An old patriarch in Walata, a dusty Mauretanian town, who refuses to acknowledge his ancestral link with IB because of the traveller’s description of the ancestor’s tolerance of the mixing of the sexes. A converted Sufi in Granada full of contempt for the author’s failure to see the Islamic light. The Lord of the Balafon, keeper of the sacred instrument that IB heard in 1352, and descendent of musician who played it.

And Mr Ding, one of sixty thousand Chinese descendants of a visiting shaikh, Shams al-Din Tuganshah.

“I asked Mr Ding the question that had been on my mind since I’d seen the Arabic script in the entrance to the hall. ‘Would you consider yourself a Muslim?’

Mr Ding smiled and blinked through owl spectacles. ‘No, I myself am not a Muslim. But I understand Islam, because I am head of the Islamic Association here.’ A non-Muslim head of the Islamic Association…. I was beginning to wonder of some vital nuances were being lost in translation. ‘Of course, we do not burn symbolic money here,’ Mr Ding went on; I remember watching visitants at a temple in Guangzhou stoking a furnace with sackfuls of ‘banknotes’, offerings to appease the ancestors. ‘And we do not bring pork into the building’.”

Landfalls is a thoughtful, witty (especially when he is accompanied by his illustrator, Martin Yeoman, who plays the grumpy straight man to perfection) and often ribald account of a world not yet fully penetrated by the black and white orthodoxy of the salafists. Where, as the author says, Islam has formed a “crust on top of earlier beliefs”, and also where sometimes it is only “a buried memory”.

How much longer the great diversity of Muslim belief and practice  – which I have also witnessed in less extensive travel – will survive is anybody’s guess. I have a feeling that the influence of orthodoxy will endure no longer than those who promote and fund it. But Western culture is not the only surfer on the waves of globalisation, as ancient Timbuktu has discovered in recent years.

Tim Mackintosh-Smith’s Ibn Battutah trilogy reminds us that Islam is on a journey of thought that did not end in the Prophet’s time or with the House of Wisdom in Baghdad. It is travelling still, even if to some it might seem to be grinding towards universal  conformity.

But if that is his message, it is lightly delivered and does not detract from the narrative. His works have given me more pleasure than any other travel books in recent years.