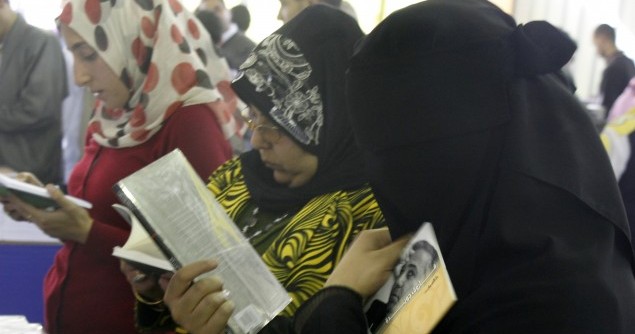 Prior to 2011, it was Hosni Mubarak’s tradition to open the fair by holding a meeting with some of Egypt’s most famous writers.

According to Ahram Online, culture minister Saber Arab said that Morsi will not meet with writers at this year’s fair inauguration, but instead will hold a meeting with publishers. The inauguration ceremony is set happen at 10 a.m., and the fair will be open to the public at 3 in the afternoon.

Writer Ibrahim Abdel Meguid, whose new book Alexandria in a Cloud is due out at this year’s fair, told Ahram Online that “Morsi was seeking to spare himself embarrassing questions, which the writers would have sought to ask him, especially as he has not considered any of the things he agreed to with the intellectuals at their meeting at the presidential palace last September.”

Abdel Meguid told AO: “The only question I would have for him if I attended such a meeting would be: Why you are being an elusive president?”

Elisabeth Jaquette will be covering parts of the fair for ArabLit; if you’re interested in contributing coverage, please let us know. Also, Ahram Online has done an excellent job thus far of previewing what’s to happen at the fair.