The Durex Arabia Debacle: Not So Sensitive Then 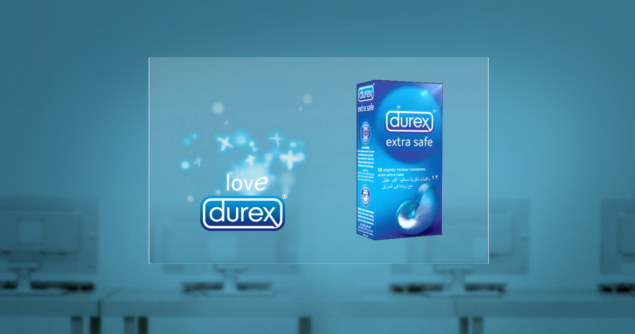 I chose not to believe it when I first heard of the ‘SOS condom’ delivery service being launched exclusively in Dubai, but when our friendly neighbourhood tabloid published a ‘review’ of the service along with the news that the campaign was suspended just a week into operation, any naivety from my end was effectively tossed out the window.

I checked Durex in the ‘What were Durex/the authorities thinking?’ MCQ being bounced about casually in community forums debating this news, because I truly do believe that Durex Arabia, the Middle Eastern arm of popular condom brand behind this marketing gimmick, may have just got their wires crossed this time.

UAE as a Muslim country has been clear on its laws on premarital intimacy – Islam does not allow for it, the self-explanatory basis for which it refuses to acknowledge any relationship that does not conform. Although authorities on numerous occasion choose to turn a blind eye to what goes on behind closed doors, anyone caught blatantly breaching this (as with any other mandate) can expect to be penalised.

Which is why it astounds me how Durex Arabia were under the deluded assumption that they could get away with this. Yes, Dubai has become increasingly liberal over the years – billboards are turning increasingly sexualised, and censors have become ‘progressively’ lax –but this line was most certainly (prematurely?) crossed.

The rhetoric that is played on repeat whenever a stunt of the like is pulled, is that anyone visiting/choosing to reside in a country has to abide by the laws of the land. Many expats (especially those hailing from more liberal cultures) have readily come to terms with this arrangement, and this respectful acknowledgement not just promotes harmonious co-existence but also serves to reflect positively on their background as well.

Having said that, the UAE is quite likely on the more liberal end of the Middle Eastern stick, and most certainly in the GCC. For in choosing to be accommodating of their residents’ in turn, the dress code isn’t stringent, alcohol is available for consumption, and casual gender interaction does not warrant the draconian slap on the wrist most international tabloids like to claim.

Back to the issue at hand, in Durex’s defence, this personalized offering was undeniably a clever marketing strategy, in that it offers a service that caters to the soft spot we have for anything that delivers. But was there really a need for a dedicated service of the like, when the local supermarket would have just included a box in your bag along with the rest of the groceries anyway?

I don’t know about ‘encouraging promiscuity’ as stated in the article as reason for it being called off, but what this service most certainly achieves is allowing for contraception to be far too readily available. How so? On similar lines if a cigarette company were to offer the same. Where a minor could be refused a pack over the counter, cigarette sales to those not permitted to smoke by law would go unchecked if a cigarette brand decided to introduce a similar delivery concept.

Condoms, like cigarettes have always been available to the public for purchase, and both come with similar warnings attached. Smoking is bad for you and the general non-smoking public, but you are allowed to only in designated zones. Sex outside wedlock is illegal here, and if you are going to indulge do it discreetly where we can’t see you.

Another faction in favour of the tactic chose to advocate for the intent behind the brand. Surely promoting safe sex should be encouraged and not quashed?

Yes, but again, according to UAE law, those couples entitled to physical intimacy are those mature enough to understand this concept. And in the ideal non-promiscuous society the UAE is trying to establish through legislation, sexually transmitted diseases would not be a cause for concern in the first place.

So is it not understandable also that a culture that refuses to acknowledge non-legally bound intimacy, will never publicly endorse a loud campaign promoting safe sex? Not just in its contradiction with the law, but also, and possibly as importantly, that it would additionally negate the Islamic precept of Haya (modesty) when it comes to the private intimate lives of married Muslim couples.

The bottom-line being that, while Durex Arabia may have succeeded in coming up with an innovative service that would appeal to their clientele, they failed to consider what they should have known to prioritise before conception (pun intended) – the cultural sensitivities tied to the region. Especially with the product on offer.