The Dubai Book Club War: Curbed In the Nick of Time 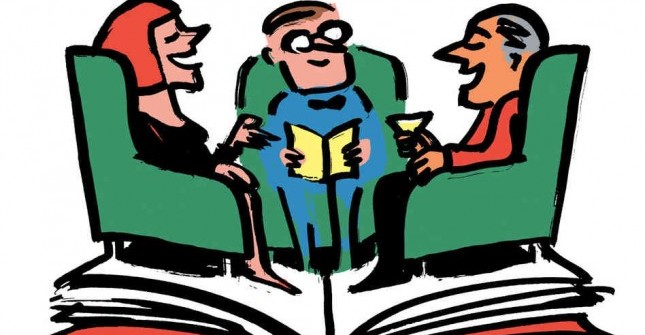 A piece in today’s Gulf News clarifies that any social club or community organisation in Dubai requires to be registered and licensed. As it’s presented in GN, the requirement would extend to book clubs. I agree that’s taking the idea to something of an absolute, but the isn’t that what regulation is all about?

“Whatever your organisation is — be it a dance club or a running organisation — as long as you are a social club that serves communities and you operate in Dubai, you need to be registered and obtain a licence from the Community Development Authority (CDA).”

Gulf News tell us. The very fact we have an authority for the development of communities should speak volumes. The CDA, apparently, ‘conducts continuous inspections in various community events to check for unlicensed organisations’. The fines range up to Dhs 10,000 while a license costs Dhs 2,000.

Of course, the danger is this might drive book clubs underground. Clandestine meetings of like-minded readers in candle-lit caves could ensue – secret societies with their own codes, developing unusual argots as they vie to continue their communal sharing and critiquing of the latest novels of the day. I can see the special handshakes, the knowing nods and winks.

Pretty soon there’d be pressure from rival bookclubs, turf wars and gangland-style attacks between supporters of Dan Brown and his legion denigrators. Polarised in their love of RomCom or loathing of ChickLit, the unlicensed underground book clubs would start to enforce their beliefs with terrible punishments for their enemies. It could be the Valley of the Assassins all over again.

When you look at the potential consequences, it’s a relief the CDA’s looking out for us all. That whole book club thing could get ugly and twisted with shocking speed…