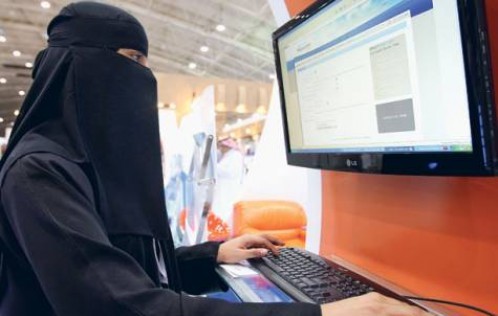 When Shroog Talal Radain sought employment as a teacher’s assistant at King Abdulaziz University, her husband signed the necessary guardianship forms granting her permission to take the job.

It’s the law of the land. A woman must carry around a permission slip from a man to function in Saudi society.

“To me getting permission wasn’t a big deal because it felt like a piece of paper and that’s all,” Radain said in a recent interview. “But unfortunately to others it’s a big deal, especially to those who do not have a close guardianship like a father, brother, husband or son.”

As violent protests roil through the Middle East with ruling monarchies facing uncompromising demands from its citizens for a greater voice, women’s rights is emerging as Saudi Arabia’s own Arab Spring, albeit in a less demonstrative manner. Emboldened by the role women played in the Egyptian and Tunisian revolutions, Saudi women are beginning to challenge the core of the kingdom’s interpretation of guardianship in Islam. A male family member supervising all aspects of a woman’s life is a belief among Saudis who view guardianship as a sacred duty.

It is also perhaps the most abused tenet of Islam. The Qur’an is clear on the issue of employment of women: Islam permits women to work with some conditions. Women can work as long as the job does not interfere with being a wife and mother. The job should also not force women to mix with men. Women should also have special skills, such as in teaching or medicine. Islamic scholars generally agree that women seeking employment do not need a guardian’s permission. Nor does a government have the authority to demand that a woman receive such permission.

Last fall, a group of Saudi women launched a campaign to abolish the Ministry of Labor’s rule that women must have guardian approval to seek employment. Alia Banaja, a spokeswoman for the group, told the Saudi media recently that the Saudi constitution affirms women’s equality by stating in gender-neutral language that, “Equality, justice and consent are the basis for ruling.”

“For women to have the chance to work in the profession of her choice, obstacles must be eliminated out of her way,” Banaja told the English language newspaper Arab News.

By challenging the Ministry of Labor’s guardianship rules, the group is doing what was unthinkable just a few years ago.

“It has nothing to do with Islamic concepts simply because our society is tied up where they throw every issue on Islam,” Radain said. “Guardianship in Islam [refers to] a person who protects the woman, and seeks shelter, love and protection for her. It’s not a person who is in control of her and her life actions.”

Writer Tara Umm Omar, who blogs about Islamic and women’s issues in Saudi Arabia, told me that blanket guardianship rules are not practical given the varying dynamics of Saudi families. Guardians are often too busy to help with paperwork or they use the right as a weapon. “Some of these male family members abuse the guardianship law out of spite and use it to their advantage, inconveniencing their female relatives as a result,” she said.

The study notes the Gulf region’s “mix of local norms and traditions, social beliefs and principles emanating from the GCC’s patriarchal system still, to some extent, exert an influence on young women’s lives.” The study also found that only 22 percent of Gulf women believe they must devote their lives as wives and mothers before taking on a job. It marks a dramatic shift of Arab women’s attitudes from how their parents view their roles in society.

Yet Saudi women walk a tightrope between demanding their rights within the context of Islam while at the same time being perceived as challenging those very precepts as defined by the government.

“But it really isn’t all that aggressive or extreme in the context of Islam itself as a religion with a rich history of debate and dissent among the faithful,” Saraswati said in an interview. “However, Saudi Arabia has implemented a specific interpretation of Islam as state law, effectively banning any other interpretation of the Sharia (Islamic law).”

Mark Sedgwick, coordinator of the Arab and Islamic Studies Unit at Aarhus University in Denmark and a historian of modern Islam, said it makes sense that Saudi women want rights grounded in Islam. It does not make sense, he said, when it is incorrectly implemented.

“So many of the practical problems for women in Saudi Arabia derive from the way in which the concept of guardianship is interpreted there — ways in which it is not interpreted almost anywhere else in the Muslim world — that it makes a lot of sense to start with those interpretations,” Sedgwick said.

Saraswati said the guardian rules are simply a mechanism to control women.

“I do not argue that the Qur’an grants the sexes complete equality,” Saraswati said. “However, I find Saudi Arabia’s restrictions on women in the workplace to be a conscious, calculated interpretation on the part of religious authorities, rather than absolute mandates set down by the religion.”

Saraswati said the Labor Ministry’s guardianship rules are so egregious that it renders Saudi women to the status of a child. “Islamists have burned embassies and murdered film directors over insults to Islam and the Prophet Muhammad, while Muslim women live under rules more insulting to Prophet Muhammad than any cartoon could ever be,” she noted.

If push comes to shove, few Saudis will argue the religious validity of the kingdom’s guardianship rules. Umm Omar, however, said Saudi woman must shoulder some of the responsibility for their predicament.

“There has to be a line drawn as to how much a government and employers can interfere in peoples’ lives,” she said. “That goes for those Saudi women who think they know that what is best for them is also best for others. Sometimes I think that these types of women are their own enemies.”

Still, working women and young university students seeking employment are aware that abolishing the Labor Ministry’s requirements will only poke a stick in a hornet’s nest.

“If the Ministry of Labor had to loosen up the guardianship issue, then other ministries will have to loosen up as well, which will start a whole new dilemma,” said university teaching assistant Radain. “But for them to abolish it completely, believe me it will never happen.”

This article originally appeared in the Eurasia Review.