“The Cartoonish Thoughts of a Young Brown Man” 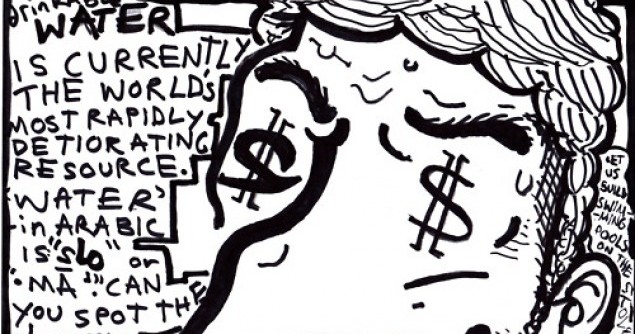 My friend Husam Zakharia is a Palestinian comic artist living in California. Through his website “the cartoonish inner thoughts of a young brown man,”Husam takes on Israeli and American policies, as well as the Arab Spring and consumerism. His online collection includes a few pieces themed around Palestinian hunger strikers. And with Mahmoud Sarsak and Akram Rekhawi carrying on the plight for detainee rights through 81 and 57 days of fast, respectively, I thought it relevant to post a few.