‘Beauty of Arabic? No, the Violence of Events Is Vital’ 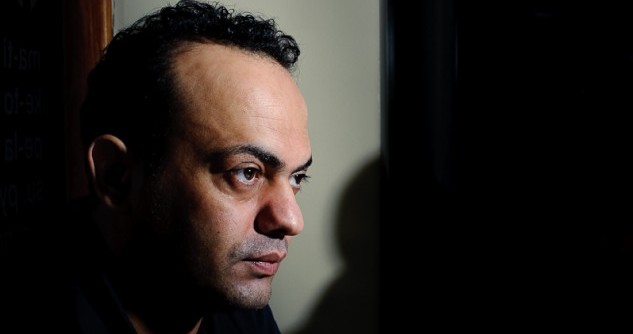 Hassan Blasim’s first short story to be translated into English was commissioned for Comma Press’s Madinah collection, published in 2008. Comma’s reaction to that initial work was to commission a full collection from Blasim — that became The Madman of Freedom Square (translated by Jonathan Wright, 2009), which is being translated into six other European languages.

The US rights have recently been bought by Penguin. The Arabic original, however, was not released until three years after the English version and has been banned in a number of countries, including Jordan.

In the last few days, Blasim’s second collection, The Iraqi Christ, also translated by Wright, has been launched in Newcastle and Manchester; tonight it will be launched in London. It has already won one of English PEN’s Writers in Translation awards for 2012, but even before the book came out, Blasim was receiving death threats if he “set foot in London.” The Arabic stories are available free online.

In Newcastle, Blasim read the opening story from The Iraqi Christ in Arabic, backed by a scrolling projection of the English translation. The tale – a prime example of Blasim’s direct, hard-hitting, iconoclastic style – inevitably opened up a discussion of the controversies aroused by his willingness to tackle issues of religion, sex, politics, and identity.

On the absence of soldiers and other Western characters in his accounts of Iraq:

On the directness of his writing on violence:

“It was difficult under Saddam Hussein. Most plays and novels used symbolic language because there was heavy censorship, so this was the only way they could express things. Now I prefer to get to the heart of the matter, to not use metaphor. Unlike most people [because Blasim is now a refugee in Finland] I have the freedom to talk about the situation in my own words. I was an award-winning film director in Baghdad under a pseudonym, then I fled to Kurdistan and eventually Finland because of harassment from the mukhabarat after I made a film about poverty.

“I think Iraq is more dangerous now than before; there is more control. Before you knew who the dictator was and who will put you in jail, but now you don’t know who it is who will kill you. My best friend was murdered for making radio programmes about corruption – they shot him in cold blood in his house after he returned from Holland. Violence is everywhere in Iraq, you can see it on TV and in pictures and in the streets, but you can’t write about love and sex. Religion is a big problem. People need to talk about the problems of religion as well as the problem of the West. All the time I want to go back, every day I think ‘I will go back to Iraq’ but my friends all say I should stay outside.

On the use of standard vs colloquial Arabic in his writing:

“I’m not interested in preserving ‘the beauty of the Arabic language’. During the civil war in Iraq, people were still talking about the beauty and sacredness of Arabic as a language. I reject writers who concentrate on the beauty of the language rather than the violence of events. I know it’s a rich language but for a long time the one spoken in the street has been different – one day I want to write just in colloquial. I like film because I can just use normal language. If you use fus7a (Modern Standard Arabic) you’re scared of the language all the time. When you write in fus7a you are like something from history, how can you write like Ibn Arabi about car bombs?

On the use of surreal imagery:

For me, violence is a nightmare. So I can use surrealism or images from myth here to evoke a nightmarish sense. I also like to use humour, even for difficult subjects, to break this taboo in literature. It seems that it’s OK to joke about religion and dictators in the street but not in literature. I want to break this.

I like Kafka as an artist. The way he writes a story – of course I love him. And he’s a writer who writes about being trapped, of course. But I follow film more than books, film affects me more. My style often has a listener and a storyteller at the start but the listener disappears. This is taken from the reality of Iraq. On the news often you see a car bomb in Baghdad, then someone talking about the death of his son in the bomb. Every Iraqi has five terrible stories in him, and we are 30 million, but most people are scared or its a taboo so we are thirsty to talk.

Sarah Irving [http://www.sarahirving.co.uk] is author of a biography of Leila Khaled and of the Bradt Guide to Palestine, and has been a journalist and reviewer for over a decade. She is currently a postgraduate student at the University of Edinburgh and is dipping a tentative toe into the waters of Arabic-English translation.

2 Responses to ‘Beauty of Arabic? No, the Violence of Events Is Vital’