The ‘Baby Dictators’: Throw Their Books Out 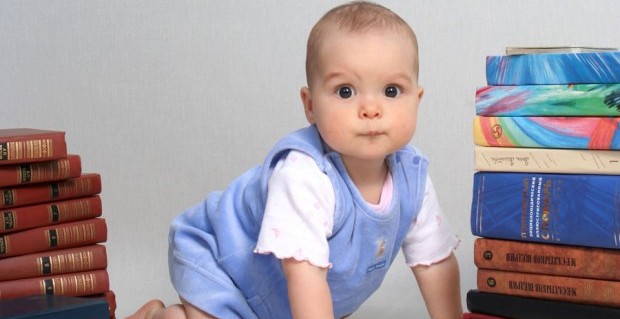 Motherhood is a lucrative industry, especially for “baby experts” who sell millions of books each year to new mums looking for guidance. Their philosophies vary wildly, even contradict each other. But they have this in common: they are all equally convinced of their righteousness.

I admit to having spent money on such books, believing I’d be a better mother for reading them. Like drugs, they offer a temporary high of advice and information with one hand, but take away a new mother’s instinct, peace of mind and self-confidence with the other.

There are numerous baby gurus around the world. Among them is Gina Ford, who advocates extremely strict and controversial routines, outlining a minute by minute timetable for the day. When I read her book the first time during my second trimester, I wept. Having a baby sounded like going to boot camp. If your baby doesn’t get with the programme, then you make her cry till she does.

Tracey Hogg known as the “Baby Whisperer” lays out an “E-A-S-Y” routine, where the baby Eats (or drinks), you do an Activity, then it’s Sleep time, and finally Mummy gets some “You” time.

Sears and Sears propound “attachment parenting” where baby is with you at all times, constantly bonding and sleeping in your bed till she is four years old. Mummy needs to make the sacrifice for the long term.

Gina Ford has just published her latest book, The Contented Mother’s Guide. She advises mothers to reignite intimate relations within four weeks, and leave baby with a babysitter for “date nights” forbidding any talk about baby, the centre of our world. No pressure on mothers, eh? Ask most mums and at four weeks the most attractive thing a man can do for his wife is to let her sleep in peace.

Every time I bought a new baby manual, my husband would hang his head in despair knowing the self-confidence they were sapping from me. Each day I would come up with a new theory on how to burp, nappy change or feed the baby. “Didn’t you say the opposite yesterday?” he would ask gently. “I did, but then I read this book…” and he would bite his lip and agree, knowing this was the best response to a sleep-deprived, postnatal mum.

A report published this week by the University of Warwick looked at 50 years of parenting self-help books, through interviews with 160 mothers. It concludes that instead of helping mothers, such books leave us feeling dispirited and inadequate. Whatever the advice, it was given as an order, with a threat of dire consequences if mother or child failed to behave as expected.

Baby books usually offer advice on how to deal with family and friends who want to “help”, their code word for”interfere”. The irony is that it is exactly these friends and family who once were the guides, support and sources of wisdom.

The first few months for me were an intense learning experience about caring for a newborn and reassessing who I was as a woman. It was a period of transition from which I emerged entirely changed. I didn’t need dictators to make the transition even more difficult.

I admit the books had snippets of useful information, but it was my friends, peers and older women from my family who taught me what I needed to know. Books have an expensive price, on the pocket and on self-esteem. Family and friends offer wisdom that is priceless.