The Anxiety of Wedding Gifts: A Golden Issue 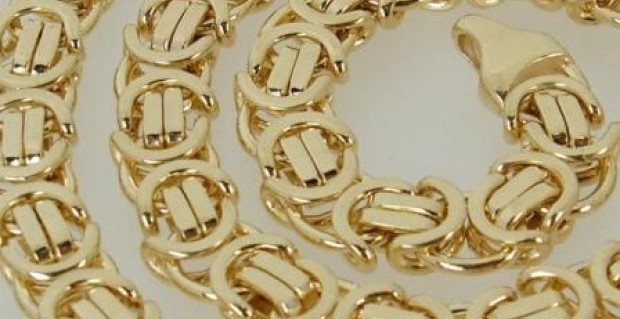 The wedding season is upon us. Young people might be thinking about love, but for families this can be a time of great anxiety as weddings mean hefty bills. And this year they have one additional worry: the eye-wateringly high price of gold.

At a young age, my family and wider community would talk with concern about building up wedding trousseaus for their daughters, made up of fancy frocks and gold jewellery. During wedding festivities, jewellery and clothes would be put on display for in-laws to inspect. The purpose was never clear to me, although I assumed it was to show-off how endowed the bride was, and more importantly to stop snide remarks from the in-laws about stingy or poor parents. It all felt shallow and exhibitionist to me.

Nonetheless, once I started work and before I got married I started to purchase gold jewellery for myself as I’m fond of the sparkly stuff. The fact that it would add to my collection when I got married – oh happy day! (but first I had to find a groom) – was a lovely bonus. Although the gold jewellery was an indulgence, compared to today’s prices I was fortunate that the price of gold at that time was comparatively reasonable.

By the time my wedding date was set, I had a respectable amount of gold jewellery for my wedding so that my family did not need to take out a mortgage to purchase more. I bought it because I liked it, not because I had to. Besides, what an anachronism to give gold, when the groom is already getting the girl: is she not valuable enough, yet we have to bribe him with gold on top?

If there is pressure on the bride’s family to stump up gold, the groom feels the burden too, often preventing or delaying marriage. He can’t turn up to the wedding empty-handed. After all, what kind of self-respecting father of the bride could accept a son-in-law with no pointless trinkets to sit in the bank even if he has to take out a loan to get them, or can’t afford a house and other basic necessities (but at least he has a shiny necklace to give)?

In India, 10 million annual weddings clock up consumption of half the world’s gold. The average middle class family spends more than Dh18,000 on wedding jewellery. Worried you won’t have enough gold to marry off your daughter? Savings accounts are on offer for families to build a gold fund from birth. After the wedding, the gold probably goes back in the bank.

What a shame, the money could be put to far better use: the deposit on a house, a car, education, or simply savings for a rainy day. But no, it’s all about status, a deeply crass form of putting wealth on display. And it drives families into paralysing and totally unnecessary debt, or delays couples getting married.

The problem is that the gold-giving custom is so entrenched in so many cultures it’s going to take some radical couples to dispense with it. However, I think the time has come to get rid of the mandatory and all-encompassing nature of this tradition. I’m all for pretty jewellery, but we should temper expectations and pressure. Perhaps it’s time to introduce the idea of passing just one small item of jewellery down from mother to daughter as a sign of prestige, and make piles of shiny new bling the second rate choice.

While you’ve been reading this, the price of gold has gone up again. Bet you wished you’d started that gold fund.