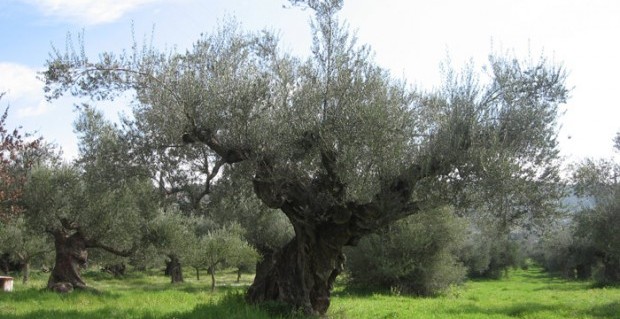 One of the worst things about the Israel lobby is the demands it makes on an American Jew’s spirituality. As Jewish identity has been merged with support for Israel, all the mythic horse feathers of the Israeli project get dumped on an American Jew. Israel is your “birthright,” say the rightwingers. At J Street, Peter Beinart says that the lands of the West Bank have “deep meaning to us,” and the collapse of the Jewish state would leave tremendous spiritual rubble, also for “us.” In Raritan Todd Gitlin says American liberal Jews have lost touch with the spirit of chosenness and messianism that gave “the project of founding a Jewish state… a transcendent dimension.”

These are alien spiritual claims to me. I’m an American Jew, emphasis on America. I didn’t ever get to Israel till I was 50, and only then after I woke up politically and realized it was hurting my country. I refuse to fake devotions: My spiritual life has never had anything to do with Judea and Samaria any more than the father and the son and the holy ghost or the white salamander. It’s cool when Gitlin speaks of “Israel’s wild and foundational God, its God of both mystery and justice,” but I can find that god right here with a little g. I do not want anyone to tell me what my beliefs are because I call myself a Jew; it is a hard enough process for me to figure out my beliefs on my own, let alone with some pious minder.

American visions and myths resonated for me from when I was 9 years old. In 1965 Norman Morrison burned himself to death outside the Pentagon. He was from my city, Baltimore, and my mother went across town to the Quaker meeting to honor him. Norman Morrison’s noble act of resistance touched millions of souls. A year or so later, my 6th grade class took a field trip to Harpers Ferry, WV. It was where John Brown the American moralist and terrorist tried to destroy slavery, the raid for which he was hanged. And in middle age now I am reading a biography of Brown that says that raid helped destroy slavery and spark the Civil War and lead to the civil rights movement.

Religious ideas ran all through abolitionism: Brown was fueled by fundamentalist Calvinism, while the proper New England radicals who paid for Brown’s guns, “the Secret Six,” were “disestablished Protestants.”

This disestablished Jew grew up with these glorious myths more prominently in his spiritual life than anything in Israel. The Six-Day war was not important to me. Julius Krevans ran up to tell me about it in elementary school, that the Israeli planes had destroyed the Egyptian planes on the runways, and I had no idea what he was talking about. I tuned out the ’73 war too. Why should I care about a Jewish state? I was resonating already to an American mythology of equality. I chose to go to a high school that was almost entirely black because I believed in American diversity and Jewish integration; I did not think other people wanted to kill Jews.

The authors I loved came out of the Jewish world and the American transcendentalist world. Today I feel companionship in the fact that Emily Dickinson was nurtured by T.W. Higginson, one of the Secret Six who funded John Brown. “Lad of Athens faithful be, to thyself and mystery, all the rest is perjury,” said Dickinson. Let no one tell you what your beliefs are.

Looking back on it, I see that it was because of my explorations and those of hundreds of thousands of other young Jews that the Jewish community panicked in the 90s. They worried about assimilation, the 52 percent intermarriage rate announced in 1990, the year before I went over Shiksa Falls. They had to fire up the troops with religious nationalism, and so at the very time I was being disestablished, American Judaism became more conservative and Orthodox. So today, even in the Nation, it matters to liberal Jews that Beinart is a religious person:

Beinart attends an Orthodox synagogue and sends his children to Jewish day school.

I thought liberal means enlightened– that you don’t care about that fundamentalist hokum and Marcus Garvey separationism. But now all the synagogues have all-weather banners outside them, “We stand with Israel in her quest for peace.” And birthright offers the hope that American Jews will have sex or even lose their virginities over there and thank the Israelis for that, which is what Democratic activist Ilyse Hogue bragged about at J Street last week: getting laid in the Galilee, which seems to have made her loyal forever, and to want her nieces to have the same transcontinental experience.

This was never my way. Nor the way of countless other Jews. But our way has been repudiated by the establishment. They staked out a new trail, they wanted the grass to grow over mine. Well…. f that.

I think it was when I was watching a video of Peter Beinart talking about his South African childhood and his grandmother’s insecurity there and the importance of Israel to take in vulnerable Jews that I snapped about all this stuff– the Ethiopian Jews, “separated from our people since the days of the Second Temple.” This is not my mythology or ethos… I have always felt secure here. I am not an immigrant, like Beinart, whose family when it had a choice didn’t even go there, no, they came here, for a reason. He missed the antiwar movement that formed my generation. He missed Berrigan spilling blood on the draft records and Bob Feldman and the Jewish SDS boys exposing the military industrial complex at Columbia. “We’re searching for more immediate, ecstatic and penetrating modes of living,” Hillary Clinton said at her commencement in 1969, and I believe her.

I need to reclaim my American spiritual roots. This website has been about Jewishness for me because the neoconservative project for the Middle East made me Jewish (as I have said many times) but I will have a Jewishness that is authentic to my experience. I love the Passover deliverance story only if it is shared. I hate the Purim story, I don’t even know what my Torah portion was about. The story of the binding of Isaac has helped me understand my relationship with my father, and all authority, but honestly I was more thrilled by getting to the place it took place in Minnesota when I was 21 — Dylan’s Highway 61– than by Mount Moriah in occupied East Jerusalem.

I don’t need Jewish sovereignty over the Temple Mount to believe in the binding. Any more than my wife needed Christian sovereignty in Jerusalem to bring me along when a group of English nuns she’d met took her on the Stations of the Cross last year, a powerful story about heresy and excommunication.

I find as much power in Jim’s beating his deaf daughter in Huck Finn as I do in the binding of Isaac, and I want an identity politics that respects my spirit and the American winds that move it, from Mark Twain to Melville to Carson McCullers to Isaac Singer to Schocken’s translations of Kafka to my lapsed Protestant wife’s yoga and ayurvedhic medicine and Tarot. I don’t want chosenness. Not when I’ve learned so much from lapsed Catholics with values of humility and egalitarianism. And J Street has credibility in part because its leader’s father was in the Irgun? What does the Irgun have to teach me?

Do I sound like a nativist? I don’t care; Israel never called to me. I believe Zionism’s greatest achievement is the idea of Jewish physical labor. I don’t want my foreign policy guided by Jeffrey Goldberg who felt unsafe here and emigrated to Israel. I would rather a nativist foreign policy that is thoughtful of the Americans who are likely to have to go off and do the fighting (not us).

I can’t understand Hebrew because I was busy doing other things. I was listening to the Wailers and role-modeling Joseph Pulitzer who said that his job was to afflict the comfortable and comfort the afflicted, and Harrison Salisbury who put out the Pentagon Papers and Sy Hersh who exposed My Lai and Melville who said that all men wear muzzles on their souls and he wanted to undo the muzzles, anticipating gay liberation by 100 years.

I am sick of our media valorizing a democracy that has not had our hard lessons in liberation.

That has not integrated the armed forces—we did that in 1948.

That excludes minorities from the governing coalition – we fixed that in 1964.

That redlines Palestinian home sales—we got rid of the gentleman’s agreement in the 60s.

That has segregated schools– we attacked that in 1954.

That breaks historic compromises and extends rightlessness into the territories—we did that between 1854-1861, till that regime was washed away by “verry much bloodshed,” as John Brown prophesied.

I’m proud of a country that gave a home to Ali Abunimah when Israel wouldn’t let him or his family go to the place his parents were born. And if Israel ceases to be a Jewish state it will be no spiritual rubble for me, no, it will be because it honors a principle that my forefathers put down in the Declaration of Independence and our leaders are still struggling to make real.

Religion is the thing that gives your life meaning. It’s the codes and ideas and koans and dreams and stories that sustain you and give you purpose and explain your responsibilities to yourself and others and the land. It’s not a book in a church. Emerson said the dead books scatter your force, lose your time and blur the impression of your character. My codes are American ones, shot through with Jewish diaspora yearnings and my wife’s mystical explorations, and my story is American and my guides are American pantheists from Thoreau to Joan Osborne.

I honor Rabbi Hillel who understood that life is right under your feet when he said, If not now, when. I honor my Eastern European integrationist ancestors who spoke of “doykeit”– hereness. I am going to be here and now, honor the place I stand and stop helping anyone locate meaning in fantasies about somebody else’s olive trees thousands of miles away.

2 Responses to The ‘Alien Spiritual Claims’ Heaped on Jews