Terry Jones: A Pastor with Blood on his Hands 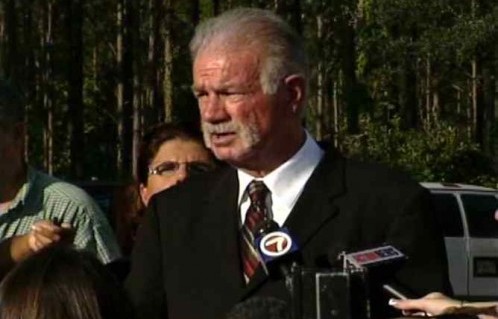 The sad news over the past couple of days that protests in Afghanistan over the burning of the Quran by Pastor Terry Jones have led to the deaths of at least 24 innocent people.

The reaction to Jones’ reprehensible deed is inexcusable; 2 wrongs don’t make a right.

Faced with the results of his ignorant and short-sighted action Jones had this to say:

I am a proponent of free speech and personal freedoms.  But I also believe they must be coupled with a sense of communal responsibility.  What Pastor Jones committed was incitement.  I will not go into the history of Christian-Muslim relations over the ages save to say that when left to their own devices and spared the deceit of politics and power mongering, people get along.

How shameful and dangerous it is when religion is purposefully used to inflict insult, injury and murder.  Twisted minds think alike and Jones was met by those who profess enmity to him yet share his same narrow-minded, ignorant view of the world.

5 Responses to Terry Jones: A Pastor with Blood on his Hands