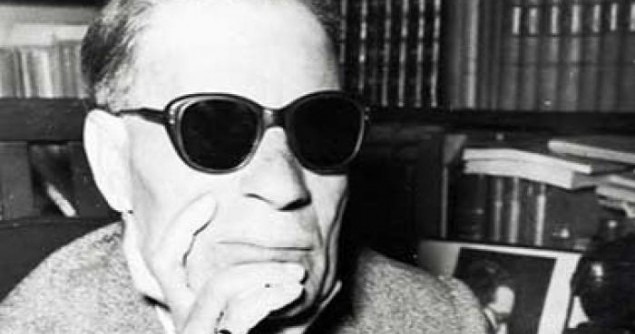 I learn all sorts of interesting things from Michael Orthofer over at The Literary Saloon; for instance, that at the beginning of each year, the Nobel Prize folks open up their archives from 50 years ago.

That means it will be quite some time before the 1988 data comes clear (2038!), the year Naguib Mahfouz was awarded the prize. But Orthofer also points us toward the nominations database, which has only been updated with data from 1901-1950. If you search by country, you’ll find that — unsurprisingly — most of the nominations in the first half of the 20th century were for European writers: 226 for French authors, 156 for UK authors, 133 Danes (!), and so on.

One lonely Iranian was nominated (Abolghassem Etessam Zadeh), one Afghani (Mohammad H Khan), and only two nominations from Japan — both times for Toyohiko Kagawa.

There are also two nominations for an Egyptian author, in 1949 and 1950 — the last two years data is available — both times for Taha Hussein. We are given no more than that about the Dean of Arabic Letters, other than the names of his nominators: Ahmad Lutfi el-Sayed and Bernard Guyon.

Hussein, who has also been Google Doodled (which is pretty much equal to getting the Nobel), has a number of works in English translation, although most of these are out of print or were published by the General Egyptian Book Organization and are not available outside Egypt. Hussein (1889 – 1973) was influential and controversial both as a social reformer and as a novelist.

Hussein certainly influenced Naguib Mahfouz and many others with his own European-influenced style. Popular Egyptian novelist Bahaa Taher told journalist Mohammad Shoair that Hussein introduced him to the joys of literature:

”During high school, the school librarian said to me, ‘Instead of playing in the courtyard, why don’t you read a bit in the library?’ Since then, Taha Hussein has been my constant companion,” he laughs. “It was a turning point in my life when I read Hussein’s The Days.”

The Days, Hussein’s memoirs, is probably his best-known work. Part one (An Egyptian Childhood) was published in serialized form during 1926- 1927. It was followed by a second part, serialized in 1940 (The Stream of Days), and a third in 1967 (A Passage to France). The English translation appeared as a single volume in 2001, trans. EH Paxton, Hilary Wayment and Kenneth Cragg.

Many in Egypt’s religious right have demanded that The Days be removed from Egypt’s school curriculum, for (allegedly) tarnishing the image of Al Azhar.

One imagines that, as the Nobel Prize makes more nominations available, the next Egyptian writer to appear would be Tawfiq al-Hakim in the following decade, followed at some point by Yusuf Idris, Tayib Salih, Adonis, and Naguib Mahfouz, among others.