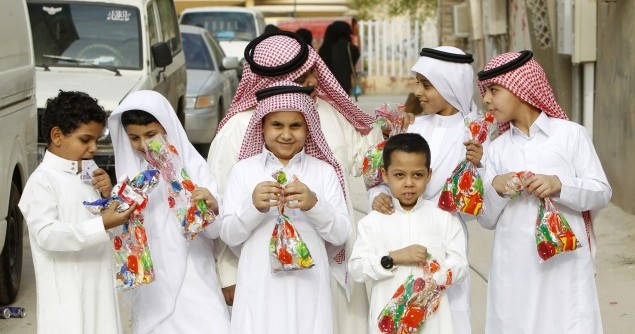 Prof. Fawziah Al Bakr has had a long history in human rights activism. She is a professor of education at King Saud University. She is also a writer who spent three months in prison for her columns. You can read a translation of her article on gender apartheid here and you can follow her on Twitter here.

This is a translation of an article  written by Prof. Al Bakr published in Al Jazirah newspaper today.

It is no longer easy to read our local newspapers, now full of painful news, especially related to children, young orphans and disadvantaged minors and women. These are those most vulnerable in a society that tends to substantiate male superiority while perpetuating the weakness and subordination of women and children.

The story of the little girl Lama that was sexually abused and murdered by her father, who is now in prison awaiting trial, and other recurrent stories like it, show the power of men in this society and their capability of harming weaker parties unable to defend themselves due to lack of awareness, mechanisms and laws that protect children and women from all kinds of harassment and abuse.

Societies are based on families caring for their children. A father and mother’s immediate responsibility in every family is to care for and nurture their children, but that is not what occurs in all cases. In Saudi Arabia, there is a need to form laws that protect weaker entities within the institution of the family. The absence of such laws produce cases like Lama, who die waiting for justice, and this absence of legislation will keep producing others like Lama we may or may not know about.

In the past, it was acceptable and feasible to address similar cases within the context of the family and neighborhood due to the small population of Saudi at that time and the simplicity of the social system. This is no longer possible in this day and age. The population of Saudi has grown enormously and every family within this modern lifestyle system has practically barricaded themselves inside their cement homes, isolated from others around them. Many negative lifestyle options have now become accessible such as drug use and alcohol while the legal system has not caught up by implementing legislation, protocol and social services to prevent and protect against abuse and neglect.

Our modern times have seen a shift in how we define and view terms like childhood, abuse, neglect and other terms relating to rights in modern social institutions. Our generation was subjected to many forms of verbal and (maybe physical) abuse from teachers, parents, relatives and neighbors according to the prevailing intellectual structure of the society; as the Arabic proverb goes the meat is for the teacher and the bones for the parents. If at that time society did not criminalize many forms of abuse, today there is no room for such practices, even if it is for noble goals. No one can hit a child under the pretext of disciplining or slap a teenager under the pretext of returning him or her to their senses, let alone deliver deliberate harm or neglect or sexual abuse as poor Lama faced that left her body lying in the morgue for four months!!

It is time to wake up. Such practices must be criminalized because it is a crime in our modern time’s definition. Many of the frighteningly light court rulings on cases of domestic abuse do not correspond to the severity of the crime. Civil and Shariah laws should be updated to catch up with Saudi society’s intellectual shift in the understanding of rights and duties. All kinds of abusive behavior against children and women should be clearly identified by law makers and Sharia laws and codified.

There is an immediate need to call for a draft law that clearly defines all forms of abuse including verbal, psychological, physical, and sexual abuse and other forms of sexual harassment and abuse that women and other minorities in society face.

We have grown weary of hearing about the Lamas of our society. Their stories, reverberated by the newspapers and satellite channels, nationally and internationally, have created an awareness among society regarding the lack of a basic law for the protection against abuse. It is high time for legislation to cover this deficiency. Saudi Arabia has signed many international treaties that ensure basic human rights for all and rejects any kind of discrimination. Islamic laws also emphasize the protection of rights for all. Our shared religion and these treaties could help us to initiate laws against neglect and abuse that many have long waited for.