The ‘Society’ Excuse: Sorry, It No Longer Washes 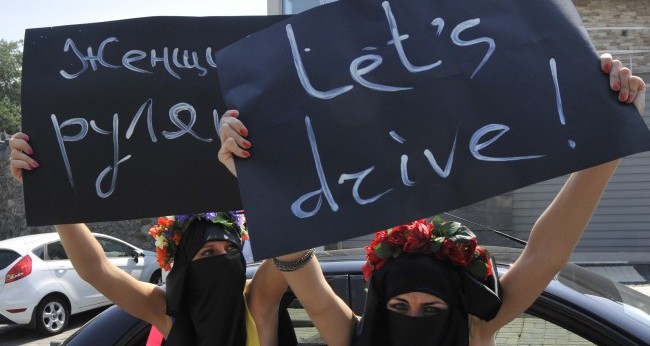 If there was one word to describe what it is like to be a Saudi woman, it would be the word patronizing. No matter how long you live, you remain a minor in the eyes of the government.

In Saudi Arabia we take patriarchy to the extreme. The fact that the culture, like many others around the world, is male-dominated is not the major challenge. The real challenge is that the government has allowed this patriarchy to dictate how it deals with citizens. Female citizens are assigned a legal male guardian from her immediate relatives.

This male guardian can legally marry her off as a child to a man decades her senior. He can also legally and easily ban her from education, work and marriage. He has to pre-approve any international travel officially. Since basic education is free and college education comes with a stipend paid by the government to all public college students, most male guardians prefer to send their daughters to school. Yet in those cases where the male guardian chooses to imprison his female ward at home, the legal system makes it almost impossible for her to be able to get away.

The de facto ban on women driving is one of the main things that perpetuates this governmental patriarchy. Currently there is no public transportation system available. You cannot walk to the corner and catch a bus or take the subway except in Mecca. Thus for any woman to get from point A to point B, she doesn’t only have to buy a car but convince a male relative or employ a man from South East Asia to drive that car. This day-to-day obstacle has proven to be a demoralizing deterrent for many women from pursuing an education, a career and even maintaining their own healthcare.

When government officials are asked about the driving ban, they respond that there is no legal or Islamic basis for it and that it is only socially maintained. The King himself stated so. Others who have made similar statements include the Minister of Justice, the Head of the Commission for the Promotion of Virtue and Prevention of Vice, and the Chief of Traffic Police. Yet when a woman gets behind the wheel of her car, it isn’t society that stops her but the police. In many cases the woman is then taken to the nearest police station and her male guardian is called. The woman and her guardian are both made to sign pledges to ensure that this case of driving while female is not repeated.

There have been several attempts since 1990 to try to lift this ban on women driving. Among them were proposals sent to the Shura Council by Dr Mohammad Al Zulfa in 2006 and another by Abdullah Al Alami in 2012. Both were not even allowed to be discussed on the floor of the council. There have also been several petitions and requests sent to the Royal Court, which mostly failed to get a response. There were also campaigns to get women just to go out and drive. And they too were met with more of a response from the government than from society.

In 1990, 47 women got into their cars and drove and the government responded with job suspensions and travel bans. In June 2011, Manal Al Sharif made a Youtube video asking women to join her in driving their own cars and was imprisoned for over a week for it.

Thus the October 26th Women Driving Campaign is the most recent campaign to try to resolve the women driving ban. What makes this campaign special is that it’s the first real civil movement to occur in Saudi Arabia. There is no face to the movement. The petition was written by more than 30 people, many of whom do not know each other.

The first couple of days the petition went public, we were still accepting revisions to the text. It was only finalized on the third day. Everyone who signs the petition is considered not only an organizer but a leader who can take the initiative to act in the name of the campaign. The campaign itself has Youtube channels and an Instagram account for signatories to upload their driving videos, photos and even just to talk or make a statement through art. Through these means, the campaign aims not only to call on the government to quit its ambiguity regarding the ban but also to demonstrate that officials can no longer use the “society” excuse.

One Response to The ‘Society’ Excuse: Sorry, It No Longer Washes