One of my worst nightmares is not to have a roof over my head and not to have a home to return to every night. I was therefore in shock to find out a couple of weeks ago, purely by chance, that one of my friends had been sleeping rough on a beach in Jumeirah for the past four months. 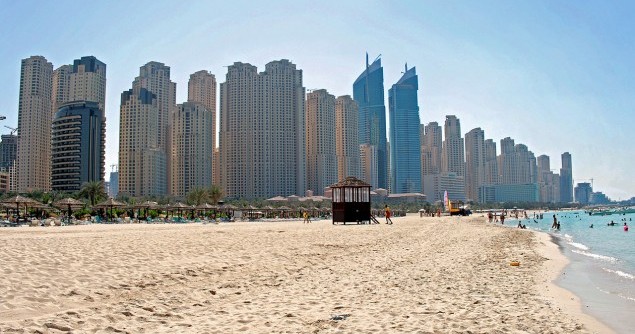 It is a testimony to her dignity, resilience, good nature and strength that I, and the rest of her friends, didn’t know about her predicament and experience. Most of them still don’t.

My friend — who I shall call Eva to protect her privacy — only told me when she was preparing to move to a studio and I got curious about why she was leaving her current lodgings.

Although a common friend and I begged her to stay with either of us, she refused, saying she did not want to inconvenience anyone.

After a couple of months in a new job, Eva last week moved to a studio.

My friend used to live in Abu Dhabi and work at a restaurant in Dubai. After a failed relationship there and the restaurant closing down (fortunately the visa was extended until she could find a new job), she moved to Dubai with little funds.

She had to put her belongings in storage, which is quite expensive.What little money she had left was invested on renting a car, which would become her home.

Because she had two cats, she decided the best place to park for the night would be opposite one of Jumeirah’s free beaches. That became her “camping site,” as Eva puts it.

The first couple of weeks were difficult, she told me. She had to get some kind of system going.

First was getting the immediate neighborhood used to the sight of her in the car.Then actually sleeping in the car – Eva, a mother and grandmother, is a big woman who had to practically twist three ways in her little Hyundai.

In November (2012) it was lots of fun, Eva told me. The weather still being hot in Dubai, it was easier to cope. “It was a new experience. I treated it as a camping holiday. I would wake up at sunrise, go for a run, roller skate, swim, sit and read on the beach while all the time searching the Internet for a job.”

She says she never felt better or fitter and switched her diet to raw food.

The neighbors, or rather those who were awake at sunrise – mostly drivers, cleaners, and housemaids walking dogs… — got to know the newcomer. As did the police patrols.

It is a tribute to Dubai Police that they never bothered Eva and seemed to adopt her and keep an eye on her.

At first, they did stop to ask what she was doing. They checked her papers and found them in order. She told them she was looking for a job, then had found a job and was saving up for accommodation.

Once Police knew there was no wrongdoing, they left her in peace and kept looking after her.

She was only once woken up by a new patrol because she had left her car window open. They knocked at the car window panel, and after making sure she was alone in the car, heard the story and moved on.

She has only words of praise for the men in uniform who she cannot thank enough for their understanding, support and protection.

Eva, who slept quite early, says what was most awkward were people peering into the car windows, mostly because of her two cats sleeping in the back window ledge. But she got used to it and would just shut her eyes and drift off.

Another problem to solve while sleeping rough was where to wash and do laundry. Luckily, most weekends she could visit friends in Abu Dhabi and do her machine or pass by a friend with a load full with some excuse or another.

The public showers on the Jumeirah free beaches were also a great convenience as were the mall washrooms. All the mall security personnel got to know their early morning visitor and became friendly too.

I remember when we got together and mentioned the weather, she was always concerned about the night temperature, especially in January when it was quite cold after sunset. I would tell her I didn’t care about the temperature at night, as I would be at home!

Her concern made sense later, and I feel so guilty now. It was cold sleeping in the car.

Another indicator I didn’t catch was when one day we were out and a friend asked Eva for a lift home. She said there was no place in the car. I had noticed clothes hanging in the back and lot of things in the front seat. But…

Eva, who found a job in December, moved into her studio last week. She misses the fresh air of the beach but is happy to now sleep straight and have a bathroom of her own.

In the past four months, I never saw her rumpled, in the same clothes twice, depressed, bitter or not her usual joyful self.

I tip my hat to her, bow deeply and wish her all the luck.

One Response to Sleeping Rough in Dubai: Understanding & Kindness