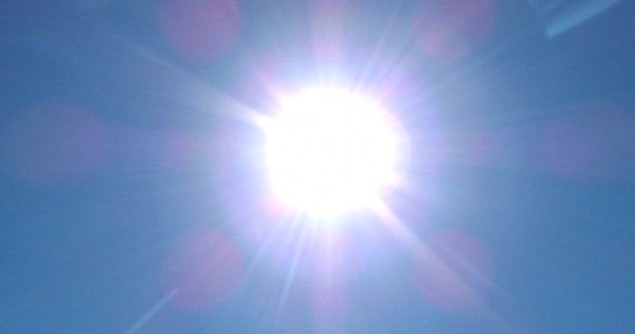 The above is a little present for any of you in the UK right now, thawing out from last week’s cold snap, surrounded by drizzle and grey lumps of hardened snow. It’s the view up from my sun lounger at the poolside of the Radisson Sharjah this weekend. No, no, don’t thank me. It’s fine. All part of the service. You’re welcome.

Sarah’s working in Dubai at the moment which means we’re doing the hop across the border to work – border rats both. We had a quick chat over the weekend (while lying on those sun loungers, natch) about whether we want to move to live in Dubai and the answer remains an emphatic no.

Sharjah’s not as ‘sophisticated’ as Dubai. We don’t have organic markets and our smattering of smaller shopping malls lack the glitz and glamour of the World’s Greatest Malls. There aren’t world class restaurants around every corner or phalanxes of five star hotels lining every street. But that’s okay.

There are souks and backstreet stores, little haberdashery shops and stalls selling mad plastic stuff alongside bolts of cloth and hairclips. There are poor stores that sell dried loomi, loofahs and sacks of spices and herbal remedies. There’s the cloth souk with its dazzling shop windows interspersed with rickety little tailors’ shops, a tiny area of goldsmiths nestled in its core. And, of course, the Blue Souk (or Souk Al Markazi to give its proper name), perfume souk, vegetable souk, animal souk and fish market. These remain distinctively organic places, alive and human rather than planned and polished. There are museums and art galleries.

They’re excavating the car park behind the fort in ‘Bourj’, where you can see the traceries and lines of coral buildings. It looks like the already extensive heritage area is about to get even bigger. It’s a lovely area to walk in this time of year. Now they’ve moved the dhow wharfage to the other side of the creek, I think the ‘Irani souk’, one of the last surviving (every Emirate had an ‘Irani souk’ where the dhows would hove to from Iran and sell their wares – the souks became solidified, rather in the way ‘speedbump communities’ like the Masafi Friday Market do) will dissipate.

We went wandering in the hardware souk. Madness. Most entertaining. It’s been a while since we last did that.

Sharjah suits us just fine, thanks…