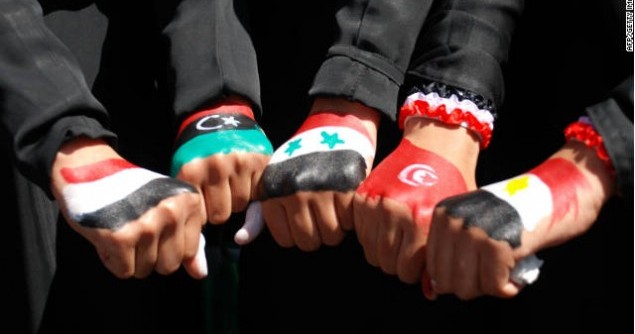 The Arab Spring introduced us to the strength and determination of the many Arab women who took to the streets and the Internet to call for change in their governments and societies. Gone were the stereotypes of oppression and passivity. In their place were voices and faces of hope, courage and indomitable spirit, calling for regime change and new, inclusive governments that would finally give women their rights and places in new societies free from corruption.

And, yet, the Arab Spring today is deemed by many to have turned into the Arab Autumn, as headline after depressing headline questions whether genuine regime change has really occurred. Concerns have been raised about the degree to which “Islam” is playing a role in these new governments. And, in the process, women’s rights have largely been shoved to the side, returning women to the position of subjects of the state and objects of its policies, rather than actors and contributors.

But that doesn’t mean they are silent.

If nothing else, the past two years have pushed the debate on equality into the public arena throughout the Middle East. The biggest lesson women learned was the collective self-confidence that comes from experience – the experience of successful participation in the public sphere; experience of empowerment as their voices were heard, even in Saudi Arabia where King Abdullah recently announced double the expected number of women for appointment to the Shura Council (Saudi Arabia’s top consultative body); the experience of becoming agents of positive change bringing attention to issues ranging from environmental concerns to creating a culture of volunteerism; and the experience of standing together with men working toward collective, national goals.

These experiences cannot be legislated away, nor can they be removed from the individual psyche. They planted the seeds that will continue to grow into demands for women’s rights, no matter how desolate the surrounding climate has since become.

Their activism is not a personal hobby or pastime; it is vital to the futures of their countries. And, so, they keep on keeping on.

In Libya, Rihab Elhaj and Iya Khalil co-founded the New Libya Foundation to build civil society from the ground up by teaching civic engagement, inclusiveness and working together. Magda Sharkasi co-established the Tibra Foundation to recognise and reward young Libyan women working for community objectives. And the Libyan Women’s Forum meets to raise awareness and recognition of women’s rights, calling for them to be embedded in the constitution. Libyan women today are at work addressing everything from environmental protection to human rights advocacy, the protection of historic and holy sites and arms collection.

Because these revolutions were never about “women’s rights” – they were, and still remain, about everyone’s right – to democracy, freedom and human dignity – and the creation of a healthy, competitive political climate in which all components are included. Until these are achieved, the revolutions are not over.

Women keep coming out, they keep speaking, they keep protesting and they keep calling for their rights. And they will not stop. Their spirit, courage and determination cannot be broken. They have learned the power of collective action and the strength that uniting their voices can bring.

This is not 1960s Algeria when the needs of the post-colonial nation were considered greater than “women’s concerns.” This is 2013 when women’s issues are everyone’s issues and the needs of the nation cannot be met without including the voices of all of its citizens – women and men, young and old, from every ethnic and religious background.

Just as they collaborated and cooperated at the beginning of the Arab Spring, so they continue that work now to make sure that equality is not only enshrined in new constitutions, but is carried out in practice.

Dr. Natana J. DeLong-Bas is Editor-in-Chief of The Oxford Encyclopedia of Islam and Women and author of Wahhabi Islam: From Revival and Reform to Global Jihad. She teaches comparative theology at Boston College.