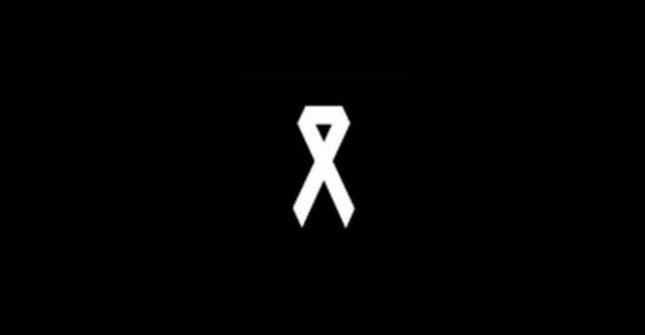 Late April, Abullah Al Alami and Samar Fatany announced that they would be starting a local White Ribbon campaign. Since then, bringing them down has become the personal mission of many ultra-conservative sheikhs. The White Ribbon campaign originally was started in Canada as a reaction to a massacre committed by Marc Lepine (born Gamil Gharbi). Lepine had gone into an engineering college that had rejected his application and shot dead fourteen women and wounded ten women and four men. Two years later, Canadian activists started a campaign to raise awareness about violence against women. This is the campaign’s actual statement from their website:

White Ribbon is the world’s largest movement of men and boys working to end violence against women and girls, promote gender equity, healthy relationships and a new vision of masculinity.Starting in 1991, we asked men to wear white ribbons as a pledge to never commit, condone or remain silent about violence against women and girls. Since then the White Ribbon has spread to over 60 countries around the world.We work to examine the root causes of gender-based violence and create a cultural shift that helps bring us to a future without violence.

Our vision is for a masculinity that embodies the best qualities of being human. We believe that men are part of the solution and part of a future that is safe and equitable for all people.Through education, awareness-raising, outreach, technical assistance, capacity building, partnerships and creative campaigns, White Ribbon is helping create tools, strategies and models that challenge negative, outdated concepts of manhood and inspire men to understand and embrace the incredible potential they have to be a part of positive change.

As you can see, it is not affiliated with any particular religion or political body but rather it’s a humane movement for something positive. International campaigns and wearing ribbons to signify awareness-raising are not new to Saudis. We have government approved international campaigns for breast cancer, Alzheimer’s and even hand washing. Somehow those and others do not get the “it’s unIslamic to follow the infidels” argument but raising awareness about violence against women does.

The most influential sheikh to lash out against the White Ribbon campaign is Sheikh Nasser Al Omar. In a video-taped sermon he instructs all Muslims to reject Abdullah Al Alami and Samar Fatani’s campaign. He refers to them collectively as advocates of immorality. He says that the White Ribbon campaign compromises the very foundation of the pact between the Saudi Royal family and Mohammad bin Abdul Wahab’s followers. He also mentions national security three times in the 24 minute long video. He objects to the “advocates of immorality” campaign‘s mission statement mentioning of ending child marriages. Another issue he takes up with the mission statement is that it calls for laws against harassment at work. He says that that is a call for not segregating the genders.

Since women will feel safe to work in a non-segregated environment if there are laws to protect them. Sheikh Al Omar actually says “they want to extract women from their subordination” and “they want women to be presidents” as if it were satanic to want that. And then he goes on about how CEDAW is evil and a westernizing plot to demoralize Muslim societies. The sheikh denies that violence against women even exists in Saudi except for a few exceptions. He ends the sermon with a call to action particularly to Muslim women to reject the White Ribbon campaign on social media. But he does note that these women have to reject it by only written means because their voices should not be heard in public.

In Saudi the male guardianship system and absence of family law ensure that, just like what the poster produced by the King Khalid Foundation states, “what is not visible is much worse.” Let’s take for example a hypothetical situation where I know that a friend of mine is being abused by her father. There are no means in Saudi through which I could help her. If I report the situation to the police and they take it seriously enough to go to my friend’s house, her father as her legal guardian could simply dismiss them at the door. Even if like Samar Badawi, my friend gathers the courage to go to the police station herself, she is more likely to be sent to prison than her father is. Her charge would be disobeying her father.

In a system like this, you would think that religious clerics would welcome an anti-violence campaign. Unfortunately, the opposite is true. Just last Sunday dozens of clerics went to the ministry of labour yet again to oppose women being allowed to work openly in the malls. The White Ribbon campaign is about men and boys going public with a declaration of rejecting violence against women. Saudi ultra-conservatives do go public about women issues but it’s more about confining women than protecting them.

If you read Arabic, I highly recommend the Islamic scholar Suhaila Zain Al Abideen’s four part series of articles on whether or not UN’s campaign to end violence against women is unIslamic.