Saudi’s Friendship Office: A Bridge to the West 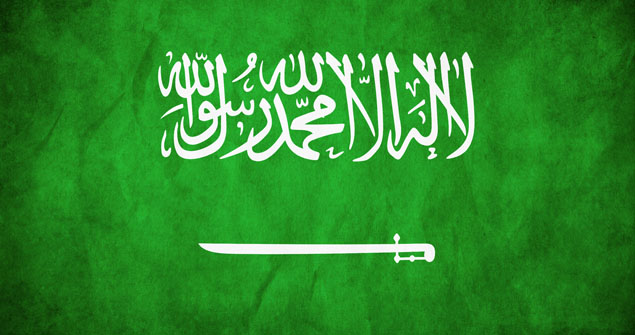 A sprawling, second-floor office suite in the Saudi capital is home to an experiment that says a lot about how this oil-rich kingdom is changing.

The Western Studies Institute is the first non-governmental organisation in Saudi Arabia dedicated to fostering cultural and religious understanding between the West and the Middle East, particularly between the United States and Saudi Arabia. “We are trying to spread awareness of the importance of understanding each other and strengthen the friendship that got interrupted by events that created hatred,” said Fahad A. Alhomoudi, the institute’s founder and president.

The institute remains an experiment because of the ultraconservative environment in which it operates, as many clerics in the official religious establishment do not favour more openness and contact with non-Muslims. This was apparent recently when the kingdom’s Grand Mufti, Sheikh Abdulaziz Al al-Sheikh, said that all churches in the Arabian Peninsula should be destroyed. (There are no churches in Saudi Arabia, but at least one in each of its five Gulf neighbours of Kuwait, Bahrain, Oman, Qatar and the United Arab Emirates.)

Alhomoudi, who holds a doctorate in Islamic Studies from Canada’s McGill University, opened the institute’s doors in January 2011. This was a major achievement in its own right since government permission to establish an NGO of any kind is famously difficult to get.

In a recent interview at the Western Studies Institute, Alhomoudi said that he first envisioned such a centre in 2000 while at McGill. He said he noticed that “there is, in almost every American and European university, a centre for Middle Eastern or Islamic or Arab Studies but there was not a single centre with a focus on the West in the Middle East.”

In 2008, as a Fulbright Scholar and visiting professor at Temple University in Philadelphia, Pennsylvania, Alhomoudi found someone there who shared his enthusiasm: Leonard Swidler, Professor of Catholic Thought and Interreligious Dialogue, who helped Alhomoudi set up the Western Studies Institute as a US-registered, educational non-profit with a six-member board of trustees.

For now, its work focuses on law, religion and business. It has translated a score of legal texts from French into Arabic, and it administers the Saudi component of the Kennedy-Lugar Youth Exchange and Study Program, which brings high school students from Saudi Arabia to the United States to study for a year.

The institute works with Temple on interfaith dialogue, and is developing an academic exchange program with Ohio State University. It also has partnered with George Washington University’s College of Professional Studies to establish the American and Saudi Arabian Dialogue (ASAD) Education Center, intended to serve as a platform for bilateral collaboration in such areas as law, security, economics and business.

In the kingdom, the Western Studies Institute has partnered with Al Imam Muhammad bin Saud Islamic University, a centre of conservative Islam, to develop exchange programmes with foreign scholars. Alhomoudi graduated from the university and now teaches there.

Some conservative friends, suspicious of American motives, have tried to convince Alhomoudi to drop his bridge-building efforts. He said he tells them that “we don’t want to Westernise Saudi Arabia. That’s not our mission. But we know that there are good and bad things in the West and we try to understand.”

The institute, which he said is privately funded, is in line with Saudi King Abdullah bin Abdul Aziz’s own efforts to promote interfaith dialogue. In 2007, the king met Pope Benedict XVI at the Vatican and a year later hosted an international conference of religious leaders in Madrid. Saudi Arabia also is funding construction of an interfaith centre in Europe.

Alhomoudi’s venture also reflects the growing awareness among intellectuals and government officials that in today’s global village increased cooperation and understanding is vital, particularly between Muslims and the West. That conviction became urgent following the 2001 terrorist attacks on the United States – 15 of whose perpetrators were Saudi – and al-Qaeda’s 2003 violent bombing campaign in Saudi cities.

Swidler said he believes that Alhomoudi will accomplish something positive. It won’t be “a miracle”, he said, but rather a “not totally insignificant step in the direction of developing civil society a bit more robustly than is the case now. And that’s important.”

Caryle Murphy is a Public Policy Scholar at the Woodrow Wilson International Center for Scholars in Washington, DC.