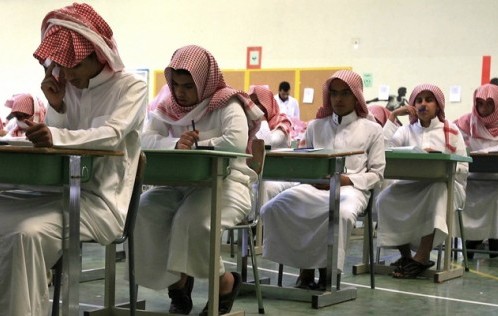 It’s indisputable that Saudi Arabia’s universities are turning (churning?) out graduates with absolutely no employable skills. Saudi Gazette/Okaz report that the Deputy Minister of Labor identifies the problem: too many students in areas that are only minimally necessary in contemporary society, specifically, Shariah Law studies and Arabic Language. As Saudis have pointed out to me, they do not need Islamic plumbers or dentists, just plumbers and dentists who can do the job.

The perils of focus on Shariah and Arabic are several. First, graduates unable to find jobs for which they are qualified get angry. They’ve wasted time, and sometimes money, earning something that is little valued. Next is the problem that these unemployable graduates create for both the national economy and society. They end up being a drain on both government and parental coffers because they are unable to produce anything worthwhile.

Perhaps the most insidious problem, though, is that having been educated in a narrow field, these graduates have a tendency to view the world through the lenses crafted by that field of study. There’s an adage that goes, ‘Everything looks like a nail to a hammer.’ It applies here as well: viewing the world solely through the eyes of Shariah law or historic Arab culture (the goal of Arabic language studies as taught) necessarily misses out on the broader aspects of life. Diversity of thought or behavior is certainly not promoted or valued; in fact, they are seen as dangers, capable of disrupting the ideals of a ‘golden age’ that never was.

Further, given the way critical analysis has been deprecated in Saudi education, we end up with a situation wherein precious nuggets of false history are protected like a jinn’s treasure. And thus, the machine to produce better educated religious police gets fed. They’re ‘better educated’ in that they now hold degrees, but they are worse educated in that they know less of the world, of mankind, than almost any other field of study would produce. The only jobs they are competent to fill are those artificially created by government in the Commission for the Promotion of Virtue and Prevention of Vice.

I think it clear that these jobs are not productive. They may have social value – Saudi society continues to feel a need for them – but they add nothing to the national economy. To the contrary, they interfere with efficient operations by mandating ‘separate but equal (and twice as expensive)’ sexual segregation in the workplace. They inhibit women’s ability to drive, thus creating an artificial need for foreign drivers and another drain on the economy.

I am not calling for a major change that puts students into the hard sciences. There, too, one finds limited opportunities for jobs, though perhaps not as serious a bottleneck. Instead, I think, Saudi education should start incorporating more comparative studies within the liberal arts. These courses should demonstrate that there are manifold ways of doing things successfully; that every decision has benefits and costs; that history can have direct application on contemporary matters.

Saudi parents as well as the jobless graduates know there’s a problem. They’ve been calling for reform but have been thwarted by religious and social conservatives who fear change. ‘Modernization without change’, the mantra of the conservatives, is impossible. It is far better to accept that change is inevitable and seek to moderate its hazardous or ambiguous consequences.

JEDDAH — There are too many Arabic and Shariah graduates in the market currently, according to Dr. Mefrij Al-Haqbani, Deputy Minister of Labor.

Al-Haqbani said these graduates rarely get the jobs they were trained for, and often have to settle for jobs paying as little as SR2,000 a month.

However, there are plans to upgrade the training and courses of colleges offering these diplomas and degrees. This is being carried out by various government agencies, including the National Commission for Academic Accreditation and Assessment (NCAAA) at the Ministry of Higher Education.

Some graduates are bitter about not being able to find jobs. Muhammad Al-Qerrni said he graduated from a faculty of Arabic language two years ago, but has not found a job to suit his qualification. He eventually accepted a job for SR2,000.