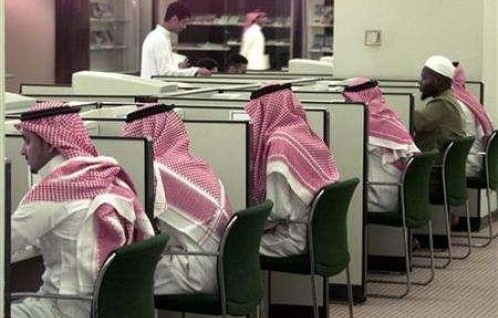 Saudi students graduating from American universities were congratulated at a ceremony at the Saudi Embassy in Washington, DC, Arab News reports. Some 4,000 of them showed up. That’s quite a gathering for the embassy as it’s not all that big!

The article notes that there are currently 43,500 Saudi students currently studying in the US. Another 5,000 are lined up ready to take the places of those who have finished. That, I think, is one of the best things that could happen for both the US and Saudi Arabia. For the US, it provides an opportunity to learn that most Saudis do not fit the stereotype painted of them by large segments of the media. For Saudis, it provides an opportunity, not only for an education, but to learn that America and Americans don’t quite match the stereotypes drawn by Arab media. Showing the limited utility of stereotypes is a terrific goal and accomplishment, worth every dollar or riyal spent on it.

Not every student leaves the program in a cheery frame of mind. A couple of months ago, a female Saudi student was charged with hate crimes and misdemeanor battery for spitting at people, allegedly because they were white and American. Sayyed Qutb, leading Egyptian theologian of the Muslim Brotherhood, also had a bad time in the US back in the 1940s. Most, however, profit from their studies, both personally and professionally.

More than 4,000 Saudi students graduated from various universities and colleges in the United States under the King Abdullah Scholarship Program (KASP) at a glittering function held in Washington on Saturday in the presence of Higher Education Minister Khaled Al-Anqari.

Adel Al-Jubeir, Saudi ambassador to the US, was also present at the graduation ceremony.

Around 43,500 Saudi students are currently studying in all parts of the United States.

In his videotaped message to the Saudi graduates at the graduation ceremony of the 4th wave of the King Abdullah Scholarship Program on Saturday, US Ambassador James B. Smith congratulated Custodian of the Two Holy Mosques King Abdullah for his vision and leadership. He added: “Mabrook to all the 2011 graduates, your families, and to all participants and institutions cooperating with the King Abdullah Scholarship Program. This is a happy and memorable day for both our countries. As the United States Ambassador to the Kingdom of Saudi Arabia, I am proud to see that you have opted to study the United States and to be open to new ideas and perhaps new ways of looking at the world.