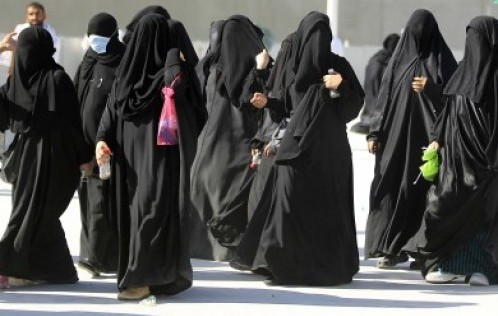 Saudi Arabia’s news service announced that the kingdom has executed a Saudi woman for the practice of sorcery, according to the BBC. Amina bint Abd al-Halim b. Salim Nasir was arrested in 2009.

Amnesty International condemned the execution as a violation of the woman’s human rights.

The BBC gives some details on this case that might allow us to understand a little of what is going on here, and the case is more complex than just a struggle between Muslim orthodoxy and witchcraft. My suspicion is that the execution was in part a struggle over the relative power of women and men.

While the Saudis refused to comment on the case, the BBC cites Arabic sources saying that the woman, in her sixties, tricked people into giving her money in exchange for her healing them with her spells. She is said to have charged as much as $800 per session.

So it appears that she was actually accused of serial medical fraud. We do not know the details here, but it is after all possible that she did put peoples’ lives in danger. For instance, if her patients were convinced that she had healed them, they might not have sought actual medical care. What she did should not have been a capital crime, but unorthodox healers are sometimes arrested in the US, as well.

It should be noted that this is one of several relatively recent sorcery cases in Saudi Arabia. In one, a Lebanese man with a television show where he did fortune-telling was arrested and sentenced to death. But this sentence against Ali Sabat was just lifted and he will be deported to Lebanon instead.

Before that, a Sudanese immigrant, was accused of taking a client whose parents were on the verge of divorce, and of casting a spell designed to effect their reconciliation.

So why was the Lebanese man released but the other two were executed? Well, for one thing probably Saad Hariri, a powerful Sunni politician in Lebanon and ex-prime minister, intervened for his co-religionist. Saad’s father Rafiq had had an extremely close relationship with the Saudi royal family.

But it is also true that Ali Sabat’s crime was slightly different than that of the other two. He just had a television show. They were engaged in attempts at marriage counseling and medical practice, respectively.

Ms. Nasir’s crime was allegedly called a “danger to Islam” by Saudi clerics.

Famously, anthropologist Bronislaw Malinowski said that the distinction between magic and prayer is that with magic, you compel the spirit to do as you say, whereas prayer is a matter of humble supplication.

But compelling spirits is a form of power, and my suspicion is that Ms. Nasir’s “crime” (of witchcraft) was compounded by her assertion of a kind of authority in a very patriarchal Saudi society where women are not even allowed to drive.

That is, the real story here may not be the struggle between modernity and “medieval” Saudi theocracy, but rather the struggle between orthodox men of the Establishment and an unorthodox woman making claims on forms of social power and authority. Like the Sudanese immigrant, Ms. Nasir was low on the social hierarchy but making claims to high status by virtue of magical gifts. She posed not so much a danger to Islam as a danger to the authority of the clerics.

One Response to Saudi Sorcery Execution: A Struggle for Power