Saudi Film To Win An Oscar? ‘No Thank You!’ 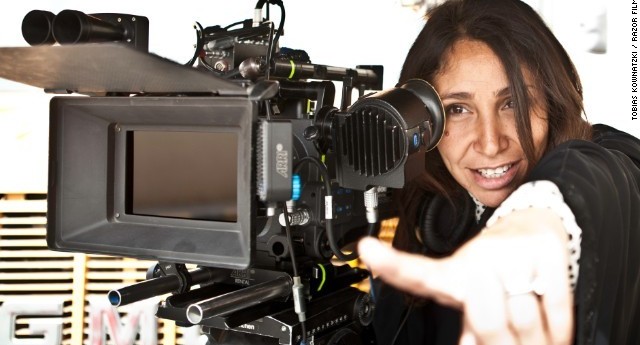 Khalaf Al-Harbi writes an amusingly sarcastic piece for the Arabic daily Okaz (here translated by its sister paper Saudi Gazette) about how Saudis would really prefer to not have to worry about social change. Unfortunately, based on the comments, the point went over the heads of a lot of readers.

Just as the mere nomination of the Saudi film “Wajda” has served as the basis of argument among Saudis, many things involving Saudi women lead to arguments. Women’s driving, international events that might bring foreign females to the Kingdom, even street art (in the form of a bicycle) provide the meat to which Saudi can bring their own levels of heat to argue for and against modernization and its necessary resultant changes to society.

The next time around, though, Mr Al-Harbi should consider trowelling his sarcasm more thickly.

Saudi film should not win an Oscar
Khalaf Al-Harbi | Okaz

IN a surprising turn of events, a Saudi movie has been nominated for the Oscar award.

Of course, in a country where there are no cinemas and where people travel to neighboring countries to watch movies, the mere thought of anything Saudi being considered for an Oscar is beyond imagination.

But this is exactly what Saudi female director Haifaa Al-Mansour has done. Her movie has been nominated for the Oscar in the best foreign film category.

She shot her film, Wajda, in Riyadh overcoming many hurdles and difficulties that can mar the filming of a movie in this country. This in itself is a reflection of the magnitude of the cinematic and cultural achievement. With due respect and appreciation to the spectacular efforts exerted by Haifaa Al-Mansour and her team, I believe that it is not in our general interest the Wajda win an Oscar award.

Firstly, a Saudi film winning an Oscar award while we do not have cinemas will not be good for the country and for the prize. This will open the door wide for heated discussions, creating headaches for many of us.
…