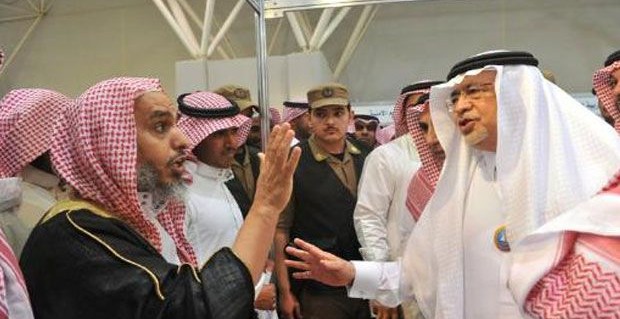 The annual Riyadh Book Fair has also had a history of becoming the annual ‘Religious Extremists Gone Crazy Fair’. Those whose religious sensibilities find that certain books should not be read or that female representatives of foreign publishing houses should not be in the same room as males have tended to create a ruckus, if not out-and-out riots. It’s not going to happen this year, say the Ministry of Culture & Information. Saudi Gazette reports…

No room for trouble makers at Book Fair

RIYADH – The Ministry of Culture and Information has warned that it will take strict measures against trouble makers who try to cause problems during the Riyadh International Book Fair 2012.

Several measures have already been put in place to prevent non-Hai’a religious activists from causing any chaos based on religious or social considerations.

Dr. Nasser Al-Hejailan, an official supervising the event, said: “The Ministry has set up a phone number and email to receive complaints and remarks regarding the fair. Committees will study the remarks and take them into consideration.”

Dr. Al-Hejailan warned that only Hai’a members are allowed to deal with any religious remarks found in the fair and that non-Hai’a members will be held accountable.