Saudi Arabia: Aids, and the Opening Up of the Kingdom 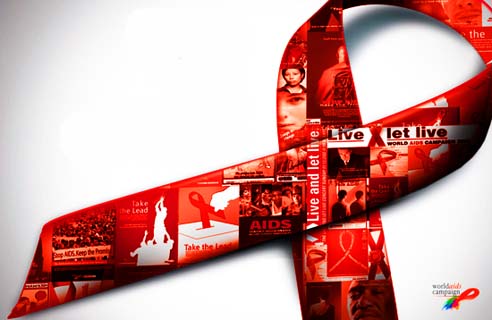 Some things are actually changing and opening up in the Kingdom.  Aids, for example, had been one of the subjects that was not typically discussed or reported upon within the Kingdom.  Facts and figures were difficult to obtain.  Aids patients were generally kept isolated and to many, viewed as untouchables.

Yet in the past week, a friend of mine, Amber Shahid, was able to meet and interview a Saudi couple at the Saudi Charity Association for Aids Patients (SCAAP).  Yes, she met and interviewed a Saudi couple who both were HIV positive.  Amber wrote a touching and compassionate article about this couple and the kind of life they live as HIV positive as well as addressing the issue of Aids in the Kingdom. I have to give Amber much credit for it is not anyone who can enter into a facility and ask a Saudi couple sensitive questions in a many that is respectful and sensitive yet write the article delivering the facts without allowing internal emotions to cloud the story that needs to be told.

Much credit and courage must also be given to Umm Yasir and Abu Yasir for their willingness to come out and speak with an expatriate journalist on how they reacted to the initial diagnosis and now live day-to-day knowing they are both HIV positive.  Yet by speaking out they help to remove the stigmas that are associated with the phrase “He/She has Aids!” That’s not to say that the couple has not faced challenges or isolation from Saudi society.  They have.  The good news is that both Umm Yasir and Abu Yasir are able to receive medication from the Ministry of Health which is allowing them to live a normal life.

Aids is most commonly passed from one person to another through intimate contact.  However it must be pointed out that intimate contact is NOT the only way an individual can become HIV positive.  An individual can become infected with AIDS through tainted blood or being injected with a needle that had been previously used.  Individuals are to be tested for AIDS before their blood is donated but it has been documented that some individuals have contracted AIDS by receiving tainted blood during an infusion.  Drug users have been known to share and reuse needles which have resulted in the passage of AIDS.

SCAAP in Jeddah is reaching out to inform the Saudi society on AIDS awareness and prevention campaigns.  It also treats HIV positive patients, providing medication, psychiatric counseling, small stipend and food baskets.  Like any charitable organization, donations are always needed.  Those interested may make a donation to SCAAP at SABB account 031151616001.