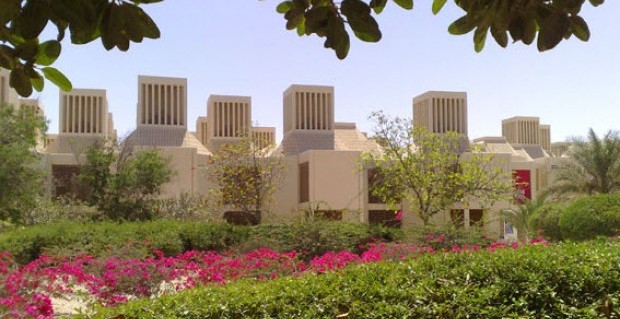 Qatar’s Supreme Education Council has announced that Arabic should be the official teaching language of Qatar University. This means that most courses in the Faculty of Law, International Studies, Mass Communication and the Faculty of Management, will need to be taught in Arabic from Fall 2012.

Whatever you think about this decision, it is border-line ridiculous to impose this and give the Departments only nine months to change their curriculum, their staffing levels not to mention the mundane but critical issues such as the books. Indeed, of course, this is impossible and there is little chance that a coherent Arabic only first year can be taught in these Faculties by September.

My instant reaction is that this another example of rule by whim in Qatar. The last great example of this was when it was summarily announced that most foreigners would need to obtain their visabefore arriving in Qatar: a patently stupid decision that was never going to work and of course it was soon dropped. This Arabic decision, while there are certainly reasoned arguments for QU teaching in the country’s native language, nevertheless, does not make much sense to me.

Nothing about Qatar’s overall positioning on the international stage or its outlook suggests that this is a good idea. Qatar, if it has been about anything in recent years, has been about expanding its horizons, establishing relations across the world and fostering a name for itself as something of a global citizen; seeking to use its position, its abilities and its qualities to be a world hub or intermediary be it for sports tourism, diplomacy or business. All of this suggests (to me at least) that degrees taught in English might be of more relevance.

– This will be devastating for Qatari students who want to go and study abroad. IELTS aside, what self-respecting  university will accept a Qatari with a degree taught in Arabic onto, for example, an MA social studies-type course now?

– Particularly, this will hit Qatari girls the hardest. They, after all, make up the vast majority of the students at QU. Their horizons have just been diminished.

– The quality of teaching will plummet. While a sensitive topic, it is true enough to say that the teaching pedagogy in the West is light-years ahead of that in the Arab world. While this is clearly a generalization, I fully stand by it at all levels; primary, secondary and higher education. At a time when Qatar is overtly seeking to enhance its population’s education credentials to foster a knowledge economy, this is an ill-conceived move.

Had there been a reasoned debate about this issue, I think it could have been a positive move. Clearly, Qatar does not want to lose its Arabic heritage and to move to ‘shore this up’, so to speak, is a sensible idea. Yet, as ever, these knee-jerk, rule by whim policy decisions are just so profoundly ill-thought out it boggles the mind.

Incorporating ever greater portions of Arabic teaching requirements into degrees over a number of years would, for example, have been a sensible path to pursue. Then, instead of entirely changing the requirements and expectations for students looking to leave school soon (and it now being far too late to do much meaningful to prepare oneself) and allowing the University time to acquire some decent staff (as opposed to its current situation where some Departments will likely need to panic-buy any and all lecturers who can speak Arabic regardless of quality) such changes could have been made, perhaps, successfully.

And has anyone thought of the impact of this policy on the Qatari job market? Sure, this will be a great move for Qataris wanting to move directly to the public sector. Yet while such skills will obviously be of use in the private sector too – you know, that place that all Gulf countries are “trying” to encourage its workers to move into  – overall, this will further entrench the public sector-for-life mentality and make the transition to Qatar’s theoretical ‘new’ economy with a viable working population for a viable private sector all the more difficult to achieve.