Role of the Arts in Muslim World ‘Not Understood’ 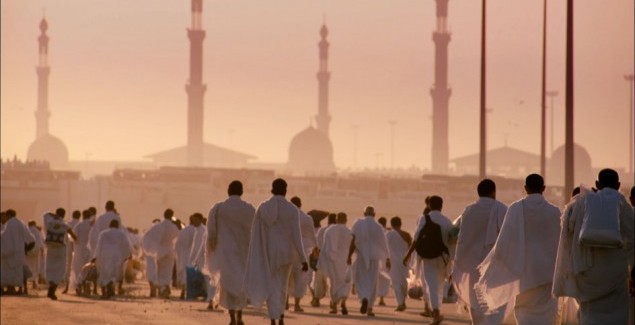 Recently an unprecedented exhibition about the Haj finally closed at the British Museum in London, having gathered praise around the world. The coverage focused on how this was the first known exhibition of its kind about the Haj anywhere in the world, let alone in the West; and how it moved audiences away from the political discourse about Islam and into the human experience of being Muslim.

Showcasing Islamic art has become a widespread trend in the West, a movement that can be traced to the aftermath of the events of September 11, 2001. There is a palpable desire in the West to understand Muslims better through arts and culture. After all, art is traditionally a vehicle through which the West makes sense of its place in the world, and which acts as a safe space to discuss thorny cultural and political issues. One of the curators of the exhibition captured this by expressing her aspiration that the show would allow people to stand in Muslim shoes. It seems to be working.

In Paris, the Louvre will open its Arts of Islam gallery later this summer with a specially designed roof inspired by an Islamic veil. At a time of heightened racial and religious tensions in France, and record support for the anti-immigrant Front National, this is both an irony and a sign of hope. Perhaps through art France can suck the politics and hatred out of its relationship with its Muslim citizens.

The Metropolitan Museum of Art in New York reopened its Islamic art galleries at the end of last year after an eight-year closure. Its curator describes how Islamic arts can illuminate the meaning that Islam brings to a vast global population. “Islam is not a single lens through which we view and interpret the art,” said Navina Najat Haidar, curator and coordinator in the Met’s department of Islamic art. “Rather, it’s an inverted lens that reveals great diversity.”

The surprise, however, is not that the West is producing and devouring art and heritage from the Muslim world, but that Muslims themselves are proving much slower at the same activities. However, they are gradually beginning to grasp that the arts are a means of dialogue and mutual understanding.

In Canberra, Australia, a Muslim group is seeking to build an Islamic art and history museum to “educate people on their magnificent contribution” and their long history with the nation, with Muslims trading from what is now Indonesia long before the arrival of the first white settlers.

It would also strengthen ties with two of Australia’s biggest trading partners, Indonesia and Malaysia. They are right that art has a way of revealing humanity and reality that can be obscured by political extremism, rhetoric and downright hatred. There is also a certain symmetry to using historic trade and cultural relationships in order to foster future trade and culture.

In a global climate where walls are being built between Islam and the West faster than they are being torn down, the arts create a much needed chink of light.

But these developments also leave me wondering about whether there is an appreciation among Muslims, for other Muslims to experience the joy of creativity and the preservation of heritage? Do Muslims see art as a means of intra-ummah dialogue and an understanding of our own selves and our contexts?

Sometimes I despair that it is too much for show, trying too hard to prove our artistic and cultural heritage rather than to enjoy and learn from it for ourselves. I want Muslims to enjoy, preserve and use arts for themselves, as well as for dialogue. We need to establish definitively that the arts are important. We need to invest in them. And we need to offer up creative space to them to develop new forms.

In fact there is a peculiar dichotomy of wanting to show off our arts and culture to others, while diminishing their value to the ummah. When others destroy Islamic heritage (in Israel, for example), Muslims are quick to point it out – and rightly so. However, when respected archaeologists raise similar concerns for heritage sites in countries such as Saudi Arabia, there is thundering silence.

Heritage must be preserved so that we can understand the context of who we are. In my opinion, for Muslims this is a divine command, as the Quran talks clearly about travelling the world to see what has passed before.

The Gulf slowly but surely is realising the value of recognising the importance of its cultural roots. There has been a mushrooming of museums and galleries being commissioned and opened over recent years, attempting to tell the story of the region’s heritage. The British Museum and the Louvre are in the forefront of the creation of Saadiyat island’s cultural district.

The question is, who is this all for, and what is the purpose? The museums, artistic endeavours and exhibitions should be there to help us work through the issues of the present, by offering new lenses on current predicaments. They must allow us to delve into our past – both the good and the gory – to make sense of the current challenges in the Muslim world, to allow us to converse across countries, ethnicities, languages and cultures and make sense of why we are where we are.

We are still at the early stages – still only able to put forward a rose-tinted view of Muslim heritage that serves the much-needed purpose of building our confidence, and introducing us to our own past. But in getting to know the past we must get to know not just the positives but the ups and downs, the contentions, the challenges and all those stories we might want to forget, that don’t fit with the glorious narrative we wish to display.

Part of the problem is that we don’t know how to understand, how to embrace and promote arts. We must open ourselves up to new influences in theatre, poetry, music, language, rhythm, architecture even as we remain true to our Islamic artistic heritage. We must incorporate them willingly instead of rejecting new forms as “un-Islamic”, or only reluctantly accept them as part of Islamic expression. Where do we think the art forms we now promote so passionately come from in the first place?

New music development, for example, is in its early stages but is usually frowned upon. Yet people love Qawwali, which itself must have been a struggling new medium once before blossoming into the art form it is today. Theatre is the same: a new shape to the storytelling heritage of the Muslim world. We need to give time and investment for art forms to develop.

The arts have their place in civilisational dialogue, for sure. But to limit that dialogue to politics is to short-change the arts and ourselves. Worse is to use the arts as a public relations tool while disregarding their ability to help us understand ourselves, our faith and our history. Used wisely, the arts also have the creative power to help us shape our future.