Why Egypt’s Faith Should Hold no Fear For the U.S. 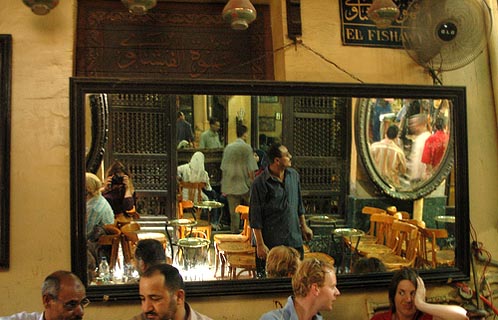 During my visit to Cairo last month, I witnessed an incident that today seems almost prophetic. At one of Cairo’s posh coffee shops, I saw a customer screaming at the young man serving him, claiming that the waiter had shown him disrespect.

The young worker responded firmly, “I did nothing wrong. You yelled at me.”

“Do you know who I am?” the customer slammed back. He then went on to demand that the café manager reprimand the worker publicly, by, in the customers’ words, “dragging the dog’s honour in the dirt.”

Anyone familiar with Cairo has seen this scenario too many times: a member of the “protected” upper class elite abuses a member of the working class for a trivial perceived offense. What came next, however, was new. Instead of cowering into an apology, the young worker looked his accuser in the eye and said, “You’re not God. I’m not your subordinate. I’m a person just like you.”

Many Western analysts and media outlets are attempting to force categorise Egypt’s uprising as either a secular demand for democracy (which we should therefore support) or a religious revolution (which we should fear and try to stop). Neither depiction captures the complexity or the opportunity of this historical moment in Egypt. To truly partner with the Egyptian people, as President Obama recently promised, US policymakers must first develop a far more sophisticated understanding of Egyptian aspirations.

Ordinary Egyptians’ growing sense of self worth fuels the current popular anti-government uprising, not any political ideology or charismatic leader. It is a belief that citizens should no longer have to endure the daily humiliation of economic and political stagnation. The protesters represent a wide cross section of Egyptian society who demand justice, as they call for Muslim-Christian solidarity. They wave Egyptian flags, not specific opposition party banners or sectarian symbols.

At the same time, Egyptians’ rising religiosity may very well play a role in this development, just as faith often animated our own civil rights struggle. If Tunisia’s success story was the match that ignited Egypt’s popular uprising, decreased tolerance for injustice – in some cases born out of a religious awakening – provided the fuel.

Gallup found that Egyptians were the most likely in the region to say moving toward greater democracy would help Muslims progress, and the most likely to agree that attachment to spiritual and moral values would similarly lead to a brighter future.

This duality stands strong in the country with the highest percentage of people in the world affirming that religion is an important part of their daily lives. Surveys show that Egyptians prefer democracy over all other forms of government. They also say that religion plays a positive role in politics.

The majority of Egyptians want democracy and see no contradiction between the change they seek and the timeless values to which they surrender. More than 90 per cent of Egyptians say they would guarantee freedom of the press if it were up to them to write a constitution for a new country. Moreover, most Egyptians say they favour nothing more than an advisory role for religious leaders in the crafting of legislation. Egyptians choose democracy informed by sacred values, not theocracy with a democratic veneer.

US policy makers would do well to embrace this nuance, which to us as Americans should sound familiar. From abolitionists to the civil rights movement, American leaders have drawn inspiration from their faith in their pursuit of justice. Today, some of the loudest voices in the United States calling for environmental preservation, an end to torture or global poverty eradication are faith leaders. I witnessed this first hand when serving on the White House Faith Based and Neighborhood Partnerships advisory council. Religious and secular leaders and scholars from different backgrounds sat at one table to find solutions to our country’s toughest challenges, each drawing on their individual ethical tradition for the common good.

Our country’s unique history and passion for social justice makes us natural partners to the Egyptian people in their struggle for a better future. Moreover, there is hunger on both sides for greater cooperation. Gallup surveys found that the majority of both Americans and Egyptians say greater interaction between Muslims and the West is a benefit, not a threat, despite Egyptian disapproval of US policies in their region.

The continuing popular protests in the most influential and populated Arab country may represent the future of the Middle East. US policy makers cannot afford to alienate this movement by failing to understand its intricacies. Faith is a part of Egypt, but most Egyptians do not support the rule of clerics. They seek the rule of law.

Dalia Mogahed is a Senior Analyst and Executive Director of the Gallup Center for Muslim Studies. Source: The Huffington Post, 1 February 2011, www.huffingtonpost.com