Saudi Arabia and The Cover Up of Polygamy 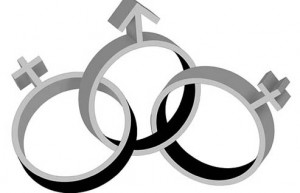 I have noticed that in Saudi Arabia and even other places around the world where Islamic polygamy has been practiced it is usually tightly held if not outrightly concealed.  Polygamy continues to be practiced in Saudi Arabia.  I wish I knew the statistics of how many wives in Saudi where the man has chosen polygamy are all Saudi wives or whether there is a Saudi wife and wives of other nationalities.  Many of the families which I know where polygamy is practiced seem to have two wives where one wife is Saudi and the other wife is a foreigner.  There does not seem to be a pattern on which wife (Saudi or foreign) was the first.  However, in all cases of which I am personally aware, not a one of the wives are happy that their husband chose to exercise his entitlement of polygamy.

Polygamy is complex in so many aspects.  In most cases in Saudi Arabia it is practiced where the man has two separate families.  In some cases the children of the wives may know one another and mix.  There are other cases where the children have nothing to do with one another and are close and loyal to their mother whom they believe has been cheated and short-changed.

The wives typically have their separate lives and do not want to mix.  If there is a special occasion such as a birth, wedding, funeral or Eid celebrations, they may both be present.  Because of the occasion which will generally have many other women present, the wives will be polite to one another.  Yet they are probably quivering inside with multiple emotions for having to face the other woman with whom their husband also has a home, children and ongoing intimacy.

Many foreign wives choose to conceal that they are living in polygamy whether the polygamy occurred with or without their knowledge or consent.  Western women in particular have an ostrich coping mechanism choosing to bury their head in the sand rather than publicly face or acknowledge that they are not the only wife.  In their Western eyes, what the husband has done, by executing his entitlement to polygamy, is wrong.  The family members and friends of the man will not speak out about the man’s actions and choices adding their collusion and enablement into the mix.  In many cases, the wives may be the last to know that their Saudi husband chose to practice polygamy.

Does a Saudi man choose polygamy because he may be torn between two worlds?  The man is typically raised in a conservative environment and culture yet he experiences some of the Western freedoms either from his work or circle of friends in Saudi Arabia or he has either lived or traveled outside of Saudi Arabia.  Or the man may have been influenced by what he has seen or read in the media about the West and found himself yearning for something different?  The Saudi man will truly have two very different lifestyles and ways of life when he has both a traditional Saudi wife and a foreign (Western) wife.  Even when a man chooses to marry a woman from another Arab country or any country, he will still have two very different lives and lifestyles.  No two women are the same and that applies to Saudi women too.  So why does today’s Saudi man wish to have more than one wife?  Let’s face it, many of today’s Saudi men who have chosen polygamy are not doing so based on the requirements of how polygamy is encouraged and endorsed in the Holy Quran.