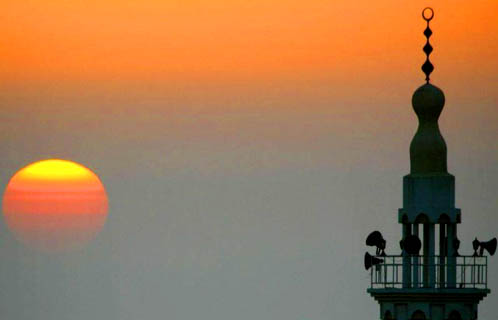 Tariq Al-Maeena is not only a friend but remains one of my favorite columnists.  The subjects he chooses on which to write are valid issues that few dare to speak out upon so openly and with great candor.  A recent article published in his regular column discusses the reality of the breaks for prayer during which shops, businesses, schools and even pharmacies will shut down for up to one hour each time the entity is open during prayer times.

As Tariq states, prayers generally do not extend for more than 10 or 15 minutes other than an exception for Friday Jumah prayers. Yet entities are given wide leverage and permitted if not encouraged to close their enterprise for one hour during each time the call to prayer is heard.  Tariq’s article, which I encourage American Bedu readers to view, has valid points how some residents in the Kingdom take advantage of an extended prayer time and the resulting hardships to women and consumers.  Even Muslim expatriates or visitors to Saudi Arabia from  other GCC countries are taken by surprise on the grace of time entities are permitted to be off-duty for prayer.

What Tariq’s article does not mention but can make one think about is also the economical loss and productivity which builds up from an extended absentee time during prayer.  If each prayer takes 15 minutes but entities are allowed 60 minutes that results in 45 minutes of “excess” time.

Prayers take place five times each day although consumers may feel the impact of closed establishments or services mainly during four of the prayers.  Therefore, 45 excess minutes four times per day results in 180 minutes or 3 hours per day.  Taking into account a 5 day work week this is 15 hours per week which adds up to 60 hours a month or 720 hours a year.

Now factor in that the Saudi work week is Saturday through Wednesday which is distinct from the majority of the world.  From a global business perspective excessive time off for prayer where there are already challenges of lost time and distance due to incompatible working hours, what can be seen as excess of time adds more salt to an open wound.

Like Tariq stated in his article, my comments are in no way meant to be disrespectful or an “attack” of taking the time for prayers.  It is to highlight how some entities take advantage of excess prayer times and resulting impacts of such actions.

One Response to Saudi Arabia: Are Times of Prayer Abused?