Ramadan and the Sighting of the Moon 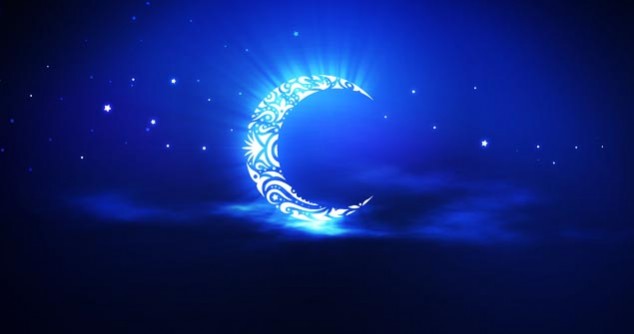 Outsiders to the Islamic faith generally cross their eyes at the purported ‘strangeness’ pertaining to some of its traditions compared to Christianity, Buddhism or the western version of eastern practices popular to European folk .

One such practice is determining the month according to the lunar calendar, universally done throughout the world until the Catholic Church in the 16th Century decided to give Easter a fixed spot so it could be celebrated on the same day by all Christians.  The Catholic laity claimed the time could be mathematically compensated by adding a day every four years (the leap year) in the opinion  that there would be no harm done. Hence, the Christians were able to make a calendar that doesn’t change even if the month does through a religious innovation.

As Christianity spread via colonial conquest throughout the world, the Gregorian Calendar became the official standard of  time keeping for many under dominion.  Now at first glance, this ‘lunar’ system of determining the month seems no more flexible than the Gregorian Calendar imposed by the Catholics in their quest to make a ‘reasoned’ adjustment in their ritual at pretty much at the discretion of their religious hierarchy.

Islam, on the other hand, has traditions that are inalterable by its theologians because of the precedents set by the Prophet Muhammad (SAW) during the time he was establishing Islam in Arabia. These dictums and rulings about the rituals and practical application of the precepts of Islam were derived from the Quran (the Islamic Book of Law) and the Sunnah (rulings and interpretations given by the Prophet about how the law was to be applied). Since Muftis  and lower rank laity are bound irrefutably by these interpretations, changing the calendar (by which most traditions are coordinated in their religious practices) needs to be justified by Quran and Sunnah  regardless the scholar’s rank, position or reputation. In Islam, the clergy (the equivalent  of which in English would be lawyers and judges) are people learned in jurisprudence and can be questioned about the legality (validity) of their rulings.

If all the Islamic jurists alive in the world today decided to change some aspect of the religion without proper authority (or proof), it would be incumbent upon the rest of the Muslims to stand against it. The idea behind this view is that if the creator does exist and sent man down laws to live by, such ‘corrections’ and adjustments in his plan would be unnecessary– if not an abrogation of any guidance he sent man. How could man be more knowledgeable  than the intelligence that made all things? Technically, there is no priesthood in Islam—just those who know and those who don’t.  People can marry or bury or perform any rituals  if they know how it is properly done.

The sighting of the moon, with regard to Ramadan or any month,(as I have come to understand it) can rely on a local sighting –meaning, the month can begin according to evidence gather at a particular location or testimony given from any locale that can confirm it.

In other words, it may be possible to sight the moon in Tokyo; but in Saudi Arabia there is zero visibility due to cloud cover. The people in Tokyo must begin fasting. If someone in Saudi Arabia  calls Tokyo and is told by someone (considered reliable) the new moon was sighted, then they can also commence the fast at the same time.

In the the rules provided by Islamic Law, if Ramadan has started in Tokyo and if for some reason the folks in Saudi can’t confirm the Tokyo sighting on the 29th, their fast starts after the 30th.  Both fasts, even if they are made at different times, are considered legally valid. If a Muslim doesn’t have any contact with the general Muslim population, he can still make fast on his own sighting without having to collaborate or corroborate his observance.

This isn’t to say that Muslim groups of different kinds and fashion haven’t attempted to use mathematical calculations to determine the sighting of the new moon.  It just (in as long as I have paid attention to such things) hasn’t worked. When they say the moon will appear, it doesn’t; and when it is not supposed to appear, it does.

So if you really want to know when Ramadan begins (and tired of the yearly debate about it), do what many of us do–go out on the 28th of Shaaban just before sunset and look for the new moon. I remember sighting my first Ramadan Moon in North Philadelphia on the roof top of the neighborhood Masjid about twenty minutes before sunset. It appeared as a light sliver just at the lower right hand corner of the sun’s corona.

6 Responses to Ramadan and the Sighting of the Moon