Now More Than Ever, It’s Time to ‘Reach Out’ 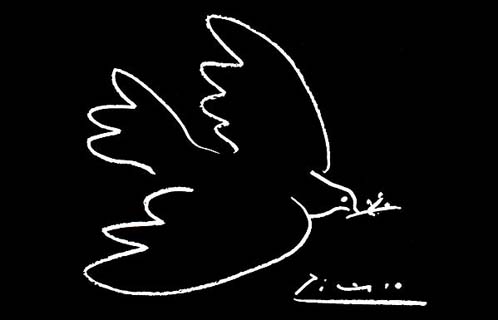 With the ongoing evolving events in the Middle East and Africa the timing could not be more critical or pertinent for outreach initiatives between non-Muslims and Muslims.  Too many non-Muslims have a broad gap of misunderstanding and/or fear of Islam which carries over to Muslim people.  Additionally Saudi national l Khalid Ali M. Aldawsari arrest in Texas for attempt to use a weapon of mass destruction because of his hatred of “American infidels” has further served to promote the worst impression of a Muslim and of Islam.

While most of the protests and revolt in the Muslim world are not because of religious beliefs, the intensity of the demonstrations and protests in the Muslim world instills apprehension more than excitement.  Some of the revolts such as those in Tunisia, Egypt, Jordan, Kuwait, and Yemen remind me when Eastern Europe and the Berlin Wall fell in a domino outcry for independence.  On the other hand the demonstrations in Bahrain seem similar to Apartheid although the division is between the Sunni and Shii’a Muslims.  In Libya demonstrations are against a maniacal Muslim leader who vows he will kill his nation’s Muslim citizens before giving in to demands to step down.

Fear of these protests and uprise in the Middle East is in part because it is the Muslim world which is uprising and creating instability.  There is a global fear of what the unrest means for the world’s oil supply.  There is unease not knowing what Iran may do or how it may respond to ongoing events.  Will Iran, which is a Shii’a majority country, covertly or openly promote further unrest in the region?

Last but not least, where does Saudi Arabia fall within ongoing events in the region?  After all, Saudi Arabia is the world’s largest supplier of oil.  The Shii’a minority in Saudi’s Eastern Province have expressed they are discriminated against and in the past few weeks have held several quiet protests of their own. There are other rumblings by the people of Saudi Arabia expressing anger and discontent on the need for economic reforms, changes in the government, creation of more jobs, more opportunities for women as well as other issues.  Saudi Woman’s blog gives a good picture on the challenges and issues faced on whether or not to openly protest in the Kingdom.  11 March 2011 has been called a national day of protest but time has yet to tell if that will take place or simply be a virtual protest.

Events are going to unfold as prophesized.  Yet with ongoing uncertainty in the Middle East region with the ability to have ramifications across the globe, this is an excellent time for interfaith outreach and dialogues towards understanding and dispelling fears between non-Muslims and Muslims.  It doesn’t matter where non-Muslims and Muslims are co-located, as Nike says, Just Do It!

Reach out to one another to talk and to share.  Agree to disagree on issues neither will see the same yet at least hear and acknowledge an understanding of the difference of view such as Palestine, Christian’s belief of a Holy Trinity or Jews called God’s Chosen People.