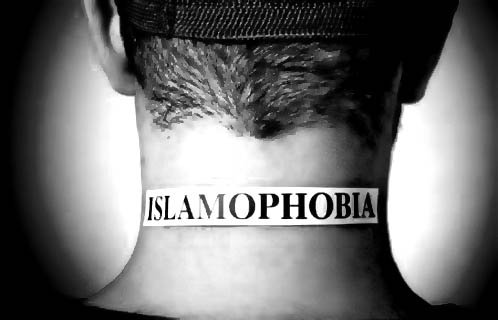 The attacks of September 11 changed the nature of the discourse about the place of Muslims and migrants in the West. Last week’s tragedy in Norway can and must change it again.

As soon as news of the Norway killings broke, commentators were quick to point a finger at Muslims, who after September 11 became highly visible, portrayed as inherently violent and intrinsically alien to western democratic values. With the discovery that the perpetrator was a 32-year-old white Norwegian, however, news coverage quickly moved on to focus on the “insane”, “lone wolf” Anders Behring Breivik.

Nobody ate their words, nobody apologised for the presumption of Muslim guilt. One Norwegian official described the event as “our Oklahoma, not our World Trade Center”. His analogy referred to white supremacism, but he inadvertently highlighted the double standard in collectivising responsibility across all Muslims when the perpetrator is Muslim, but confining it to the protagonist himself when otherwise. The analogy also illustrated the West’s knee-jerk response to such terrorist attacks as having been carried out by Muslims, before considering any facts.

Facts have never got in the way of the right-wing’s stoking of fear when it comes to Muslims.

After September 11 and the subsequent attacks in Europe, phrases such as “homegrown terrorism” and “the threat from within” were quickly coined. Emotive terms such as Eurabia, Londonistan and “creeping Islamisation” entered the language. Bearded brown men, burqa-clad women and angry chanting protesters were the accompanying visuals, painting a sensational and fearful picture of the West overrun by hordes of Muslims.

The right-wing repeated its mantra: Muslims were fundamentally incapable of adhering to liberal democratic values. Though this mantra may have been a fringe viewpoint when September 11 came, through sheer repetition it came to be accepted as mainstream wisdom. Big newspapers contributed to this feeding frenzy with continuing coverage of stories about Sharia courts, forced marriages and banning Christmas. Even leading politicians endorsed the cliché of “multiculturalism gone mad”. Both the British prime minister and the German chancellor declared it a failure, and their policies characterised Muslims as nothing more than potential security threats.

Their sentiments were aided by policy wonks who supported with “facts” the claim that aspects of Muslim culture – at least those that did not integrate on their terms – provided the “mood music” and the “conveyor belt” for young Muslim radicalisation.

In many respects, the same discourse is taking place in reverse. The commentariat is grappling with the question: did right-wing commentators provide the mood music for this killer?

Breivik’s manifesto enthusiastically cited the right-wing message. But those very commentators are now distancing themselves from the killer and protesting in the same vein as the Muslims they have tormented for so long: that the actions of one killer are not representative of their beliefs.

Among my Muslim friends there was of course horror and sadness, but also a sense of relief that it wasn’t a Muslim perpetrator. You might consider it an unworthy emotion, but it was human, and understandable.

Indeed, there is even an uncomfortable sense of glee emanating from some quarters towards the right-wing, saying “we told you so” or, even more unworthy, that their “chickens have come home to roost”.

This is not the time for triumphalism. What has brought us to this turning point is the loss of 77 innocent human beings.

The deaths should focus our collective mind to reset the terrorism narrative on a different, non-polarised trajectory.

This is the moment to subject previously unchallenged views to rigorous scrutiny.

This is also the moment for politicians who pander to an increasingly vocal and aggressive far right to reassess policies that deal with Muslims and to remove the lens that sees Muslims only as extremists, would-be extremists or mood musicians for extremism.

All those involved in the discourse around extremism and violence would do well to take away some big lessons from the past week to steer us away from the polarised trajectory we are on.

First, we must be more precise in the language we use for such incidents. Was Breivik a lone wolf or did he act in concert with other extremists? Was he a deranged psychopath or was he radicalised by right-wing sentiment? Just as it is not right to describe the September 11 perpetrators as “Muslim” terrorists, so it is not right to describe Breivik as a “Christian” terrorist.

Overturning the double standards in description will reduce grievances, but the crucial reason more accurate analysis is required is because these are essentially the same category of incident, and using the same language will allow us to better analyse the causes.

The same holds true for the idea of mood music, which needs reappraisal. Islam and non-violent Muslims are held responsible for the acts of criminal terrorists. By the same logic, does the right-wing press provide the mood music for actors like Breivik? The answer is not clear. However, the events in Norway should help us to better interrogate the merit of this theory. Can and will such commentators hold up their actions genuinely to test their own theory? Glib responses that because they are quoted by Breivik doesn’t make them mood musicians won’t hold – after all, those are precisely the claims they made against Muslims.

The presumption of innocence about Muslims also needs to be reinstated. “Facts” that see them as inherently alien or violent must be challenged. It will be harder to unravel the malicious discourse than it was to whip it up, but it must be overturned.

For every dubious poll that emphasises an alleged Muslim desire for separation – by instituting Sharia, or demanding special food or schools – we must be reminded of more reliable polls demonstrating a sense of Muslim belonging to western lands. Every statistic showing a Muslim propensity to violence must be countered by the real facts that political violence in the western world has been conducted more by non-Muslims.

The most challenging thing for politicians will be to face up to the fact that their own critiques of multiculturalism are remarkably similar to those of far-right extremists, though not as emphatic. If they critique multiculturalism, it must be based on fact, not the sensational headlines of a tabloid. It might be time to embrace the idea that multiculturalism, far from creating separate communities, is in fact a potent force to strengthen a country. That was the point made forcefully this week by Tarak Barkawi of Cambridge University. Writing for the think tank the Royal United Services Institute, he argued that multiculturalism can strengthen Britain’s role as a world power.

Although I am calling for greater scrutiny of all these elements, it doesn’t mean we should be complacent in our vigilance against those who commit violence in the name of Islam. They are violent criminals just like Breivik. Nor can we forget the innocent lives lost in Norway; our first thoughts and prayers must go to them.

Last week’s horror has the potential to change the discourse again, away from the acceptable and even fashionable anti-Muslim sentiment that was stoked in the shadow of September 11. It gives us the opportunity to break free of this fear-mongering, and move towards a more robust, holistic and ideologically agnostic stand against all kinds of extremism

One Response to Norway Killings A Challenge To Anti-Muslim Sentiment