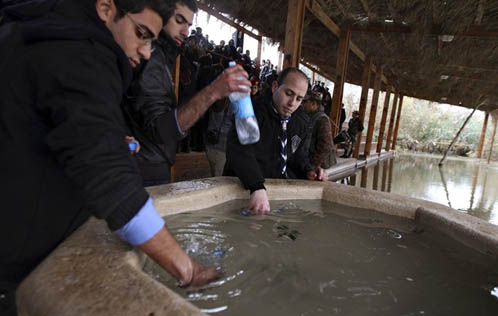 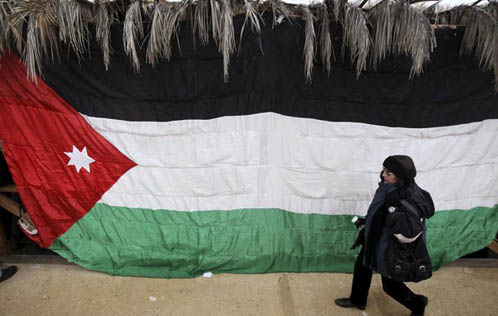 A pilgrim walks past a Jordanian flag. Source: Reuters/Muhammad Hamed 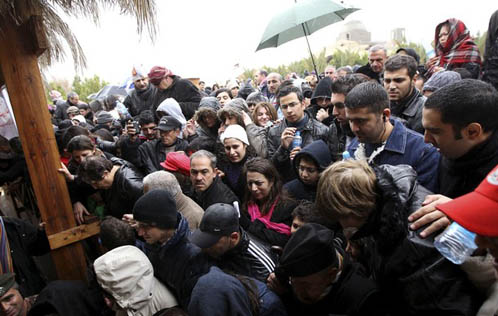 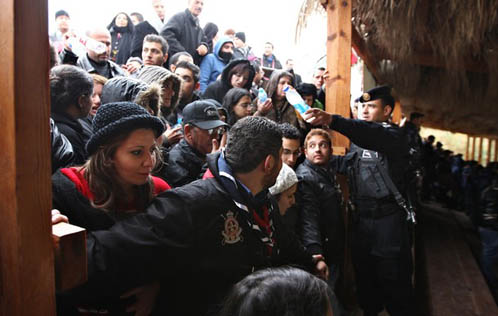 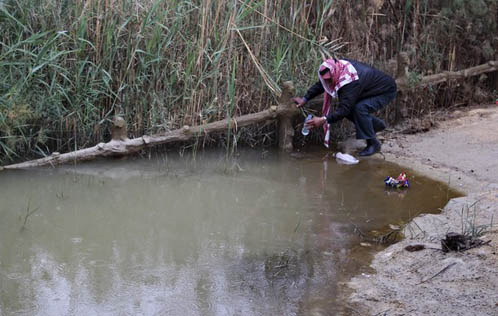 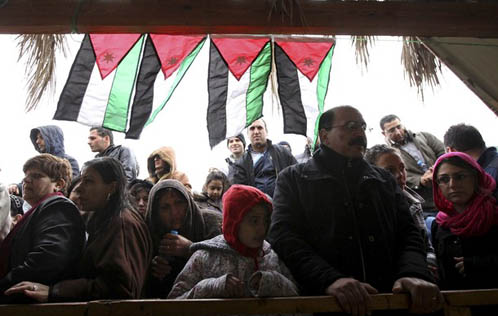 Pilgrims watch as others fill plastic bottles with baptism water after a mass at a baptism site on the Jordan River. Source: Reuters/Muhammad Hamed

I thought these images were quite interesting and worth posting up. While the Baptism site is considered one of Jordan’s national treasures, and rightly so, to say nothing of a symbol of co-existence – every time I see an event like this take place I’m reminded of the fact that this body of water may not be around very long.

These images of people holding up empty plastic bottle waiting to be filled are quite metaphorical. The river has been sucked dry over the decades (mostly by Israeli farms) to nothing more than a trickle of murky water, which has been polluted several times with sewage water. These images are a reminder of a piece of heritage that is currently in the process of being lost.