Is Ijtihad the Key to Addressing Modern Issues? 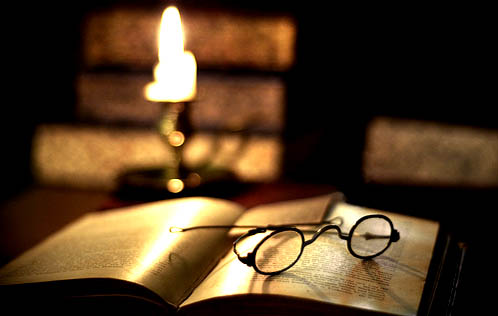 Samar Fatany opens a can of worms with her opinion piece today. She calls for the ‘doors of Ijtihad‘ to be reopened.
This puts her in the middle of a theological discourse that has been pretty much settled in Saudi Arabia since at least the time of Abdul Wahhab: Who can interpret the meaning of the Quran and Islam? Starting at about the time the Moguls overran Baghdad – or perhaps a bit earlier, when the Mutazalites lost their influence in that city – Islam took a stark turn to taqlid, ‘imitation’, that is, the rote following and repetition of rules, laws, and their interpretations that had gone before.
If something did not have reliable precedent, in either the Quran, Sunnah, or hadith, then it was not acceptable. This is the general thrust of the Saudi religious authorities. To question it on a philosophical/theological level is to directly challenge those authorities.

Fatany is not the first Muslim to ask the question, of course. Many have raised it and have come to different answers. Some insist that the ‘door’ was never closed, but has been open at least a crack. Given the struggles in Saudi Arabia over things like new technology – starting with automobiles, radio, TV, cell phone cameras, and the like – I think it fair to say that the crack has been a very small one. Getting past the resistance to change on even mundane things has taken disproportionate effort, and sometimes lives.

I think she is correct, however. There are too many things changing in the modern world, too quickly, to think that answers will be found in texts that predate most of modern science by a thousand or more years. There must be a role for reason in finding answers to new challenges, not just repetition of what went before.

Meanwhile, many Muslim scholars, Arab and non-Arab, have stressed the need to revive the process of “ijtihad,” or the interpretation of Islamic law and recognize it as an Islamic science to enable Muslims of the 21st century to preserve their faith and apply the true tenets of Islam to their present-day needs.

However, to confront the new challenges and energize the process of ijtihad, Muslim countries need to conduct Shariah studies, encourage moderate and competent scholars, reform the educational system and upgrade academic Muslim councils. Only then can a more educated interpretation be adopted to effectively serve the needs of the contemporary Muslim society.

It is unfortunate that religious scholars terminated the practice of “ijtihad” 500 years ago and adopted a more conservative and negative stance toward innovation and adaptation. When the door of “ijtihad” was closed, a consensus was established that there would be no more independent reasoning in religious law and that all Muslims should follow the interpretation of the doctrine by the scholars of that era once and for all.
…