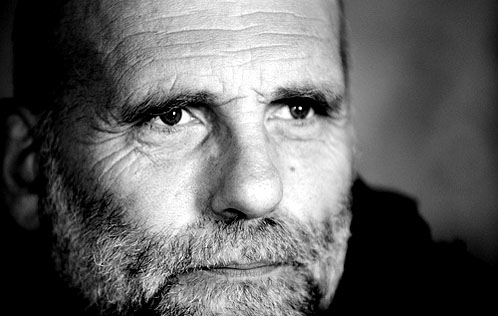 After promoting interfaith harmony for 30 years, a Jesuit priest is being asked to leave Syria.

He is Father Paolo Dall’Oglio, an Italian cleric with a Ph.D. in comparative religion and Islamic studies. He championed Christian-Muslim dialogue for three decades in a region where the line between state and religion is often blurred. He did it from his monastery some 80 kilometers north of Damascus. “I have worked to create a monastic community dedicated to the service of harmony between Islam and Christianity,” he says.

Fr. Paolo lives and works officially under the aegis of the Syriac Catholic church in the Monastery of St. Moses the Abyssinian, or Deir Mar Musa al-Habashi. The monastery has stood at the eastern fringes of the Anti-Lebanon Mountains since at least the sixth century. University of Toronto archeologist Robert B. Mason thinks it was built on the remnants of a Roman watchtower. Today it resembles a storybook castle perched on the edge of a steep precipice overlooking the Syrian Desert.

A fortnight ago, Fr. Paolo posted a Christmas message on the monastery’s web site. The message did not go down well in Damascus. According to the Vatican Insider, the Syrian government promptly asked the ecclesiastical authorities to eject Fr. Paolo from the country.

“I suggested to Syrian authorities that I would commit less to politics and culture and more to spiritual matters, to avoid expulsion from the country,” he told Vatican Radio.

What ruffled Damascus’ feathers is Fr. Paolo’s Christmas message, dated November 25 and published on the monastery’s website and by the Society of Jesus’ monthly magazine “Popoli.”

The message is titled “Christmas call 2011.” Here is the essence of what it declares:

…Christ and his family’s sufferings, including persecution and suffering, show us the right way in the current conditions.
Our country is in danger. Some of us have sided with one party, others with another. Let us ask ourselves: where is our duty as a community obeying the Gospel? Is not our role to speak for harmony and reconciliation, now as in the past?

It is not the time to apportion blame or judge fellow citizens in conflict. We must tell everyone that we wish to promote reconciliation. There is no way forward other than reconciliation.

In these terrible days full of hope and sadness, fervor and gloom, courage and fear, sacrifice and crime, we don’t know what form our country will finally take. We do not know if the nation will keep its unity, and how. Will citizens gain more freedom, or lose the little they have? Will they achieve a pluralistic, civilian, consensual democracy, where everyone is respected? Or will the opposite happen, with citizens being oppressed by a rigid majority?

We feel our role in this crisis is to encourage dialogue, communication, reconciliation and bridge building… Reconciliation is between enemies, not friends! It can succeed through an agreement that considers the reasonable demands of all sides. This is why we offer, in all humility, our service as Christians, not as a party but as mediators…

But reconciliation requires several fundamental conditions. In their absence, it would be tantamount to submission and surrender. The most important of those conditions are to accept pluralism, freedom of opinion, freedom of speech, and respect of citizens’ dignity and basic rights…

Our salvation will not come from the mantra of plots. It will come by seeking cooperation with every free individual of goodwill in the region and in the world. This can occur only through access to Arab and international media in all their diversity. Truth springs up from media pluralism and independence. We also suggest cooperation with independent humanitarian organizations such as the Red Cross or Red Crescent to help in stopping armed clashes and protecting unarmed civilians.

Dear Christians, the third point comes from the manifesto and teachings of the Oriental Patriarchs, and from the commandments of the Bishops’ Synod for the Middle East, held under the Pope’s direction in 2010. They determine that our existence, side by side with the Muslims in harmony and understanding, is a condition that God wants…

Interfaith collaboration and bridge building is what the six monks and nuns of Deir Mar Musa work for with their assistants. They team up with Muslim leaders to improve opportunities for young people, promote ecological awareness, and arrange theological discussions between religious leaders. And when the call to prayer sounds from the muezzin, a Muslim visiting the monastery’s church, kneels and performs his or her prayers.

Although the monastery’s church was built in 1058 AD, Deir Mar Musa’s reputation and restoration is due much to the efforts, resolve and belief of Fr. Paolo. After completing a doctorate in comparative religion and Islamic studies at the Pontificia Università Gregoriana in Rome, he single-handedly restored the site, setting the first stone in 1982.

“I came here as a student of Arabic and lived in Lebanon and Syria beginning from the 1970s. I asked a priest in Damascus if he knew of a place where I could go to study and pray. He suggested I come here, and here I am today,” the priest explains. He was awarded the Anna Lindh Euro-Mediterranean award for interfaith dialogue on behalf of Deir Mar Musa in 2006.

The monastery was founded by Mar Musa al-Habashi, or Saint Moses the Abyssinian, who, as legend has it, was the son of an Ethiopian king. Refusing to accept his future as laid out before him, Saint Moses decided to become a Christian monk and later travelled to Syria where he lived as a monk in Qara and then as a hermit in the valley of what is today the monastery. Byzantine soldiers martyred him there. The story says his family took his body, but the thumb of his right hand was separated by a miracle, and was left as a relic, now conserved in the Syrian church of Nebek.

Last July, Fr. Paolo also wrote a think piece titled “A Democracy of Consensus for the Sake of National Unity.”  In it he offered the idea of a “democracy of consensus.” He said that this, “with prayer and fasting, is my contribution to the constructive dialogue, which is necessary to escape from the cycle of bloodshed and revenge.”

Will Fr. Paolo be made to leave his home in the mountains, or will he be granted leave to stay and continue championing national reconciliation and interfaith harmony?