Defending Muslims Should Not Entail Idealizing Them 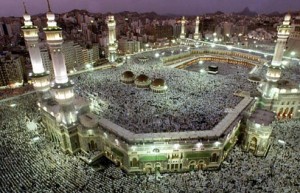 As a graduate student of Middle Eastern History, I endured many assigned readings on nationalism, identity and other sleep-inducing topics. But I remember one concept in particular. It stated that when empires gave way to the creation of modern nation-states, any “side issues” which would draw attention away from the creation of “the nation,” were submerged by the larger cause. “The nation” was the mantra of this period, and any talk of subgroups (religion, gender, etc.) was seen as divisive and provincial. “The nation” demanded the complete intellectual obedience of its citizens, even if this meant that certain groups would have to wait in the wings for their concerns to be addressed.

The same problem has emerged in the American Muslim community. As we find ourselves having to emphasize even our basic humanity, there is the same rallying cry to downplay any “side issues” that may portray us in a negative light. In the name of “the American Muslim nation,” we have allowed any issues that threaten positive publicity to be shunned, for we must not be caught vulnerable in a time when we must be ‘Muslim Boy Scouts’: peaceful, patriotic, kind, chivalrous… and never, ever angry and oppressive.

In a recent conversation with a Muslim activist, I realized the degree to which the political environment has silenced these internal issues. Here was a person I consider quite intelligent, disagreeing with me on the following statement: “domestic violence exists in the Muslim community to a greater extent than we know, due to being under-reported.” I was shocked to find such an intellectual person reacting with anger and denial. He demanded statistics, ignoring my argument that abuse is under-reported and thus not included in official statistics. My statement is old news to almost any imam (religious leader) or community activist. Ironically, his reaction did more to embody the “angry Muslim male” stereotype that he was trying to avoid, than did any words of mine. He said domestic violence in the Muslim community is, and I quote, “almost non-existent.”

Nevermind that as a woman I may have more access to stories of abuse than did my male counterpart, and nevermind efforts to create women’s shelters like Muslimat al-Nisaa Center in Baltimore, Maryland. Nevermind the ultimate example of attention to external scrutiny while ignoring domestic issues: a television executive who could wage a multi-million dollar campaign to start a TV channel to build bridges with America, while he could not build a bridge to his own wife. But, nevermind.

Is the task at hand to prove that we are angels, or Muslims who strive towards the Divine and sometimes fail? Public scrutiny is intense, but we should not let it drive us towards essentialist statements such as: “Muslims cannot be terrorists, anyone who commits terrorism is not Muslim!” or “Muslim women wear hijab by choice,” or “Muslims do not hate Jews,” or domestic violence is “almost non-existent.” We know in our heart of hearts that there are exceptions to these blanket statements, but we do not realize these exceptions as a large enough problem until they balloon out of control. Only then do we react. Often it is too late and we have already lost the trust of those who were “the exceptions”; those who needed our help when they were abused, radicalized, etc.

Brothers and sisters, we do not have the luxury of picking and choosing our issues. A daw`ah activist has his own argument as to why daw`ah is the most important matter. A political activist has his own argument as to why political activism is most important. A women’s activist has her own and a mosque president has his own. We have so many high-priority issues that it makes “prioritization” sound like an empty corporate slogan. This is not a time to tear each other down. This is a time to value each person for whom Allah has made it their heart’s cause to solve a particular problem.

Finally, we must stop speaking in essentialist language. If we continue to do so we will reveal something far more shameful: that we are willing to sacrifice attention to internal injustices on the altar of our “public image.” Each time we downplay domestic violence, for example, a victim of abuse is not only silenced by cultural forces of “shame,” she carries the additional weight of keeping her silence to ensure a positive image for the rest of us. Whether real or symbolic, it is one thing to endure a knife wound, and quite another to be asked not to scream.

This article comes courtesy of http://www.suhaibwebb.com/, a site dedicated to enhancing the spiritual and religious development of Muslims through sound, balanced & moderate Islamic teachings.

Tricia Pethic is an aspiring chaplain in Hartford Seminary’s Islamic chaplaincy program and holds a master’s degree in Near Eastern Studies. She was a board member of the Islamic Center of Tucson, 2006-2007.