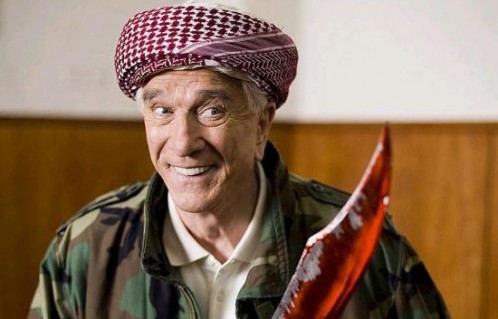 Hollywood has contributed for decades to promoting the images of negative and demeaning stereotypes of Blacks, Native American Indians, Asians, and other ethnic groups, including Arabs. While taking aim at many of these groups may have become politically incorrect in today’s society, the assault on the representation of Arabs in movies continues.

Even Disney’s Aladdin, which targets a younger audience, contains sordid and biased images, songs and dialogue that can effectively taint children’s attitudes towards Arabs. The opening song of the movie Aladdin, sung by an Arab bad guy, includes these lyrics: “I come from a land, from a faraway place where the caravan camels roam, where they cut off your ear if they don’t like your face – it’s barbaric, but hey, it’s home.” What’s a child to assume when hearing this?

In the early days of Hollywood, as far back as the 1920s, Arabs have been portrayed as “thieves, charlatans, murderers, and brutes.” Many movies often just throw in unseemly Arab characters or negative references to Arabs, despite the movies’ plots or themes having anything at all to do with Arabs or the Middle East, such as 1985’s film Back to the Future and 1995’s Father of the Bride 2. Arabs are often depicted as heartless savages to fill the antagonists’ roles when the plotline calls for bad guys.

“I think whenever we see anyone being villified on a regular basis, we have to speak up whether we are image makers or not. We have to take a stand and say this is morally and ethically wrong to demonize a people,” says Dr. Jack Shaheen, author of Reel Bad Arabs: How Hollywood Vilifies a People.

Hollywood and Washington are forever linked in the movies. It’s natural for Hollywood to produce movies about certain historical events. But what about movies that are just for pure entertainment? Is there a correlation between the large percentage of Hollywood power players being Jewish and the consistently negative portrayals of Arabs in the movies? (Joel Stein wrote this interesting op-ed piece about this topic.) Have we just become so conditioned to seeing this type of thing in the movies that it has made us insensitive to the harm that these stereotypes can do? Is Hollywood being irresponsible with its continuous negative depictions of Arabs in the movies?