Reasons to be Cheerful: A Poem entitled ‘Smile’ 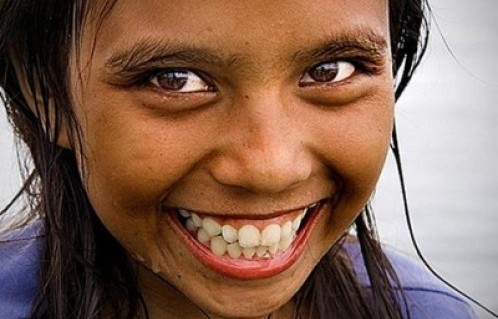 Below is a [very] liberal translation of the poem ”Smile” by the Syro-Lebanese (and eventually American, via Egypt) poet Elia Abu Madi. Abu Madi is especially well known among older Arabs in the diaspora; he was a mahjar poet in the al-Rabitah group with Jubran Khalil Jubran and Mikha’il Nu’aymah in the nineteen teens and nineteen twenties.

He mixed traditional and modern styles very heavily, sometimes to a fault. Abu Madi wrote many of great poems in America (and also some patriotic but unfortunately quite racist against blacks, adopting American stylings; but he never adopted the obnoxious Phoenician tendencies of some Lebanese poets at the time). His poems often use images and themes from nature.

In any case, “Smile” is a popular poem that encourages optimism and perspective in the face of adversity. The Arabic can be seen here.

He said: Ah, the sky is somber, and frowned.

I said: Smile just the same, there are enough frowns in the sky.

He said: Youth passed passed away form me and I said: Smile because your regrets will never bring back your youth.

He said: The one whose love was my heaven;

She has harrowed my soul and turned my love into hell;

She betrayed my devotion after I gave her my heart to her alone; so how can I smile?

I said: Smile and enjoy yourself, for if you dwell on the hurt she dealt you, you will spend the rest of your days in pain and agony.

He said: Things are in such turmoil like a traveler close to dying of thirst;

Or like that sickly young woman, desperately in need of life blood and wasting her energy, with each breath …

I said: Smile, you are not the cause of that disease nor will you be able to heal it.

Smile, for a smile may help her.

If someone else is at fault,

Must you lose sleep worrying,

As if you yourself were the culprit?

He said: My enemies’ loud voices are blasting all around me;

How can I be happy when I am surrounded by enemies?

I said: Smile; they are not out for you on account of something you’ve done;

They wouldn’t lash out against you unless you were better and greater than them.

He said: The sales’ season has arrived yet my wares of clothes and toys are not selling at all;

I said: Smile, it is enough that you are even alive, and have no want of friends and well wishers.

He said: These tough times have forced me to swallow bitter bile.

I said: Smile, even if the bile is bitter it was given to you in strong doses;

Perhaps if someone saw you in good spirits

they would discard gloom and break into song instead;

Will you earn even a penny by complaining?

Will you lose anything at all from being in good cheer?

Oh! I cried out, there is is no risk in parting your lips to smile and smiling will not mangle your face!

Laugh! Meteorites laugh through darkest nights and we love seeing meteors in the sky for this reason.

Things come into this world and are made to leave against their will.

I said: Smile just so long as you have left before you leave this world for once you have passed on, you will not smile again.

One Response to Reasons to be Cheerful: A Poem entitled ‘Smile’