Ratings Agencies: The Emperor Has No Clothes 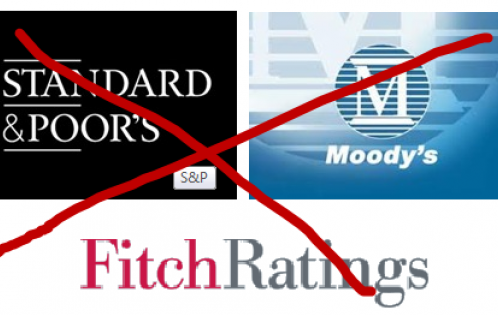 So a company in America called Standard and Poor’s has pronounced on the performance of Europe’s economies and governments and downgraded them. This has been taken seriously rather than laughed out of court. I’m sure I’m not alone in being totally bewildered as to how this is the case.

I first came across a rating agency, and the concept of ‘ratings’ in 2001, when I was working on launching a mobile network. My client’s competitor had been rated (It was being primped for a sale) by one of the ‘big three’ rating agencies with many As and pluses. I was interested to see how the competitor could rate so highly in someone’s eyes and obtained a copy of the rating report. The report cited a total lack of competition and an excellent infrastructure. At the time, (if memory serves me correctly) we had just noisily launched a competitive network with the backing of a major international telco brand. The competitor’s infrastructure was also, as was obvious to anyone who had spent any time on the ground, woeful. Even their masts looked like rickety water pumps on a hick Ohio farm.

The chap from the rating agency told me they didn’t just rate companies – they rated municipalities in the States, too – cities. I remember being awed at the idea that some company would actually have the power to rate a city and effectively change its ability to raise money.

It’s an experience that’s been very much in my mind over recent weeks as we hear this or that agency threatening to downgrade this or that government. Firstly that these three companies hold that power (and don’t tell me for one second these decisions aren’t politically or commercially influenced over cosy little lunches in Washington) and secondly that my one experience of them showed that the rating was based on what was presumably some pretty sloppy research and didn’t reflect the actual market conditions prevailing.

I wonder why everyone’s putting up with it?