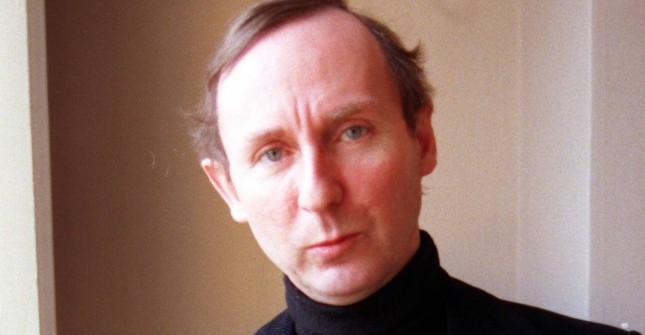 There is Islamophobia, and then there is silliness.

When I first skimmed A.N. Wilson’s rant in last week’s Daily Mail about the UK’s Channel 4’s plans to broadcast the first prayer call during Ramadan, I thought oh oh, here’s the Mail doing its usual bit to rouse Middle England against the creeping erosion of our national culture by scary, fanatical religious minorities.

Then, having read the piece in greater detail, it occurs to me that A.N. Wilson is coming over like a learned prat. His piece is more about a violent antipathy to Channel 4’s “liberal” tendencies, as exemplified by its willingness to give air time to a certain Anjem Choudary in the wake of the recent murder of a British soldier in Woolwich. Here’s an extract:

“The fact that this is still a country in which the huge majority of people, when questioned, still claim to be some sort of Christian counts for nothing in the eyes of the secular liberals who control most of our media.

They will, in fact, do anything to undermine religion. If that means setting Muslims against Christians in this essentially subversive gesture, so be it.

They are using a sacred Muslim custom as a weapon, not of religious inclusiveness, but of secularism disguised as friendship.

It prefers gestures and controversialism — witness its decision to give air-time to Anjem Choudary, former head of the banned Islamist organisation Al Muhajiroun, who refused to denounce the murder of Drummer Rigby in Woolwich earlier this summer.

A nice quiet imam telling viewers not to forget their prayers would not raise the viewing figures. It wouldn’t be ‘edgy’.

If I were a Muslim, I would be disgusted that an anti-religious organisation such as Channel 4 has hijacked my prayers for the purposes of seeming hip, cool and trendy.

Channel 4 is a public service broadcaster with specific responsibilities to the taxpayers who own it. If I were a TV regulator, I would stop the company from proceeding with this divisive and publicity-seeking gesture.

But then our toothless TV regulators are cut from exactly the same secular liberal cloth as the channel’s producers.

So, just as with Anjem Choudary, Channel 4 will get away with another revolting gimmick — dressed up as a serious piece of programming that caters for minorities.”

Dear oh dear. Talk about making a mountain out of a molehill. Most Muslims I know will be profoundly unmoved that a TV channel chooses to broadcast the Fajr prayer. Wilson may be right in his assertion that Channel 4 are staffed by a bunch of attention-seeking, idolatrous hypocrites.

But the fact is that it’s one of many mainstream TV channels. Christian faiths receive plenty of air time on national TV and radio. And for Muslims, the BBC covers the Haj – the annual pilgrimage to Mecca. Muslim speakers feature from time to time in Radio 4’s Thought for the Day. And I’m sure that devout Muslims have a number of stations to watch in among the myriad of satellite options. So Channel 4’s contribution would hardly be newsworthy were it not for Wilson’s hysterical agenda.

I really can’t see why a short broadcast at 4.30 in the morning is going to create much of a stir among many Muslim viewers who, during Ramadan, typically rise in time for a meal before prayers and need no reminding of the time of day. Nor, without A.N. Wilson’s intervention, is it likely to have enraged Daily Mail readers or the attack dogs of the English Defence League.

His diatribe is a bit rich coming from someone who apparently was a vocal atheist for 30 years before embracing his faith a mere four years ago. But then I guess it’s the kind of manufactured controversy that sells papers to Middle England and pays his salary.