Progress In Protection from Abuse? Good for 15th Century 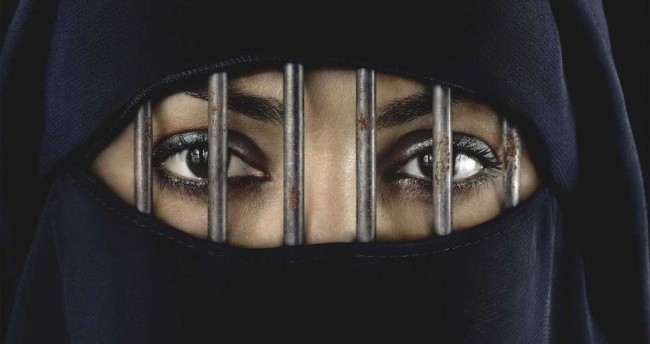 Is it really 2013? Not in Saudi, it isn’t. We’re pretty progressive considering we are still in 1434. Where in the world did a country pass into law a system to protect it citizens against abuse in the 15th century?!

Of course, the system is based on a 1434 understanding of abuse but it remains something that’s hopefully better than nothing. So what does a 15th century system to protect society’s most vulnerable look like? It’s a system where children are protected from sexual abuse but a marriage between between a 50 year old man and an 11 year old girl is completely sanctioned and legal. It’s a system where the definition of abuse could be used against the victim since “not being loyal in performing duties” might be used by husbands to claim their wives are abusive for being disobedient and by employers against their employees.

A 15th century protection system is a system that exists within a legal framework that considers all females as forever minors with a male guardian assigned to each. It is a system where each migrant worker is assigned to a Saudi citzen who can decide when, where and if the worker can work or go home. It’s a system where abuse is so institutionalised that the police are ordered to stop and arrest any woman for simply driving her own car.

Hala Al Dosari wrote an insightful post in Arabic on the main issues with the Saudi protection against abuse system and I’ve translated it below:
After first proposing the 17 point Protection from Abuse System to the Shura Council for discussion in 2013, last Monday the Saudi Council of Ministers finally passed it into law. Now all that’s left is for it to be regulated so that it can be implemented by the authorities.

However there are some concerns with what has been put forward:

1- No specialized government body or authority has been named for dealing with cases of violence and abuse. This is likely to create mechanism conflicts at implementation and negatively affect how authorities respond to cases.

2- No certified definitions of harm and abuse were adopted in the system. This is a handicap especially in light of the fact that the system’s definition ambiguously includes such terms as basic needs, misconduct, and failure to fulfill duties in its definition of abuse.

3- The objectives of the system are vague and numerous. They include protection and provisions for victims, accountability of perpetrators, raising awareness, and addressing behavioral phenomena. Yet the system does not say anything about how it will ensure the protection of victims or in what way it will address behavioral phenomena. At the same time the system completely neglects to mention anything about current institutionalized abuse or attempt to reform the regulations and legislation that creates a tractable environment for abuse such as the guardianship system; denying women some governmental services without the presence of their male guardian; and the migrant workers’ sponsorship system; and all other unjust regulations and legislation.

4- The system does not include any mechanisms to address cases when the vague concerned authorities fail to protect victims. The system also does not address the how to and conditions for raising cases to the administrative body of these authorities. Above all it does not assign a watchdog for grievances in the event that failure does occur.

5- The fact that the system leaves it completely up to the concerned authorities to assess cases and decide the severity of the response regardless of whether theses authorities are in healthcare, education, or police. The system does not implement or even discuss any specified criteria to determine the type of response needed. At the same time, the system dedicates several points to awareness raising and prevention campaigns. In article ten of the system about responding to abuse cases, the system makes a point to prioritizes guidance and prevention above all else. The stages of prevention and awareness should precede the stage of the actual occurrence of abuse and not the other way around. And leaving the assessment to the discretion of those informed is not productive considering the nature of the local culture and the importance of family reputations and ties above all else.

6- In point four of article seven, the system states that abusers should be called in and made to sign pledges as part of the response. This is already what is currently implemented and has proven to be useless in the protection of victims. The system is supposed to provide alternatives rather than maintain and endorse the traditional response mechanism that is currently in place to protect the family framework at the expense of its members’ safety.

7- The concerned authority is assigned the responsibility of assessing and responding to cases of abuse without putting similar powers in the hands if those who are exposed to abuse to report and seek protection.

8- In an excellent step, the system gives primacy of commitment in its implementation to all regional and international conventions and agreements that the Kingdom has signed. We will have to wait and see if and how this will be taken into account in incorporating and implementing the system within government bodies.

9- The system supports research and programs that address violence and abuse. This is an excellent step considering how much civil societies suffer currently from restrictions in exercising this role. One example of this is the persecution of the Saudi citizens who started the White Ribbon campaign to encourage men to speak out against domestic violence.