Pregnant and Abandoned: What Should You Do? 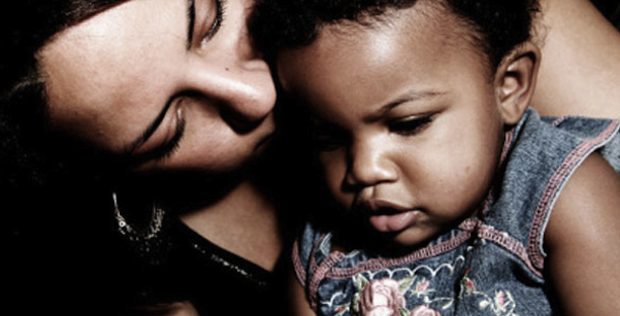 There are women in the United States and elsewhere in the world who have had intimate relationships with Saudi students who were in their home country.  Some of these women later found themselves pregnant and abandoned.

These women who are now single mothers and raising a Saudi child want recognition and restitution.  They wish for financial recompense which would help them raise their child.  They also would like to know the medical history of their Saudi as that can impact on their own child’s health.

Several of these women in the United States have emailed, telephoned or written the Saudi Embassy in Washington, DC.  It seems they are referred to Dr. Mody Al-Khalaf, Director of Social and Cultural Affairs.  None of them have received a satisfactory response.

Two of the women have created blogs and are using their blogs to speak out of their situation.  One of the blogs is “Abandoned Children by their Saudi Father” and the other is “Saudi Children Left Behind.”

I’ve made a few comments on their blogs from time to time.  When both of the bloggers were making comments about writing to the Saudi embassy, I decided to share a comment I had made as a blog post in its own right on American Bedu.

The following is American Bedu’s response in regards to one of the bloggers writing a letter to the Saudi Embassy:

Just to clarify to all, Dr. Mody Al-Khalaf is female. I do not mean to disparage any woman but the facts are that Saudi women have a much more diminished role or authority even if they hold a diplomatic passport and a position in an embassy.

Areas in the Embassy which would have more impact are the Saudi Cultural Attache who is responsible for actions taken by Saudi students while in the US; Islamic Affairs which would want to Islamic jurisprudence upheld; Saudi Citizen officer within the Consulate section and of course the Ambassador’s office. Within the Kingdom it would be the Ministry of Higher Education which oversees issuance of scholarships; Ministry of Foreign Affairs for facilitation of the US visas and last but not least, the families of the Saudi men/boys.

I cannot stress enough that one has to know the culture inside and out. Saudi women are to be chaste until marriage. Therefore a non-Saudi unmarried woman pregnant by a Saudi may not be taken seriously. She will be viewed by many as loose and “placed the Saudi son under an evil eye.” I know that sounds far fetched but it is a mindset which exists.

A Saudi family may want the child to raise him/her as a proper Muslim and away from the evils of the West. The mother of the child would not be viewed seriously. Let’s say promises might be made to bring the mother and child to the Kingdom but after that, the mother may either be firmly isolated or returned back to the States WITHOUT her child. Yes; that does happen and more often than one will read about in media reports.

What a mother must consider is what is best for her child? Where should she direct her energies and resources?

If a mother wishes to make her situation known to the Saudi government in writing there is a specific way to go about it. Draft a clear, concise and short letter that is NOT anti-Saudi. (bullet style may be best) Do not criticize the scholarship program. This same letter should be translated to Arabic. Send the letter in both English and Arabic.

Do not attempt to just show up at the Embassy and hope to speak to someone. Won’t happen. Try to get a specific appointment. For example, wait 10 days and then follow up on your letter with a phone call. Find out who it has been “assigned to” and then speak with that individual. See if you can then make an appointment to come and speak about your correspondence. If you are fortunate to get an appointment, consider seriously bringing male representation with you. You want something from Saudi Arabia then you need to have your entire approach made in the Saudi way.

Media would bring attention but think carefully. Once a can is opened it can be hard to close back up. Yet I will say that Saudis can and do react to shame… Sometimes in a positive way and sometimes in a negative way.

I hope this helps.

End American Bedu‘s comment on the blog in question.

So what do YOU think?  How would you advise these women who are now raising Saudi children as single mothers?  Should the Saudi government intervene?  Is it right for them to seek support?  If a Saudi student gets a foreigner pregnant while on a scholarship abroad should his scholarship be revoked?  Should he be sent back to Saudi?  Should these women go to the media with their stories?  Should the names of the Saudi students be publicized?  I ask these questions as these are also questions that are either being asked by the single mothers – or being asked of them.

4 Responses to Pregnant and Abandoned: What Should You Do?