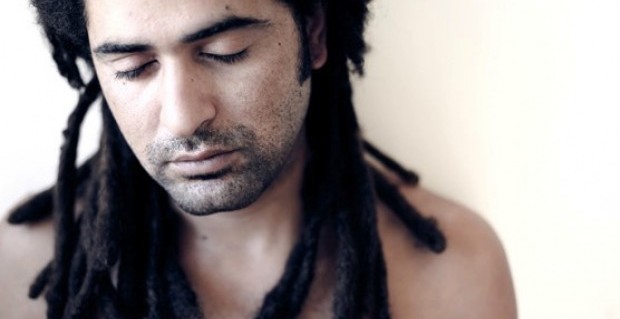 Picture an Arab man. Better yet . . . run a quick search on Google Images in English. You’ll find the fighter, the flag-waving protester and the religious sheikh. You’ll find the Arab man in subjective folkloric representation, framed by a loaded message; you’ll find clichés and stereotypes that seem to be stuck in the 19th century. Each picture might be worth the proverbial thousand words and you might decide that there isn’t much to say beyond that story.

“Picture an Arab Man” is the title of Iraqi Canadian photojournalist Tamara Abdul Hadi’s series of portraits. Her goal is to show a new image of the contemporary Arab man. We’ll look at her photos in a moment; first let’s take on the challenge of the topic itself.

Both in academia and mass media, gender-centric narratives of Arabic societies focus on the Arab woman. And while she is the one under constant scrutiny, very little attention has been paid to her masculine counterpart. At best, he is ignored. Too often, he’s just the nameless oppressor, part of the patriarchal system in which women struggle for emancipation. Sometimes he’s just one of many in a faceless crowd; his personal identity disappears in the group picture as he becomes part of a social phenomenon, a statistic on the evening news. Too often, we forget that he is also subjected to gendered stereotypes.

According to Abdul Hadi, “As far back as the 1920s [Arab men] were stereotyped as sheikhs with harems because that was what was brought back through Orientalist depictions [a discourse about the East created by the West, constellated with false assumptions and stereotypes and based on Western attitudes towards the East]. More recently, the misrepresentation turned to ‘terrorist’ and after 9/11 the stereotype became even more common.” In addition to Western stereotypes, she also denounces “socially-imposed ideals regarding Arab masculinity within Arab societies”.

In recent years, new approaches to Middle Eastern masculinities are helping adjust the distortion of gendered representation. In the midst of this much-needed reform of gender discourse, Tamara Abdul Hadi’s work to update the image of today’s Arab man is an essential reality check.

The photographer chose a subject from each country as she travelled the Arab world with fate as a guide and her intuition the only criteria in selecting different men from many backgrounds.

Started in 2009, the portrait series “Picture an Arab Man” is part of a large body of work capturing semi-nude Arab men of diverse backgrounds. Essentially the photographer shows us individual portraits of a bunch of guys – rather good-looking young men with an undeniable air of sensuality about them as they pose candidly for a camera held by a female photographer. This alone is an interesting reversal of roles in the apparently international stereotype of women subjected to the lens of man. Yet this is not quite the point here.

Abdul Hadi explains, “The reason I choose to portray the men as semi-nude is because my portraits mainly focus on the face, and having no distinguishing clothing, jewellery or accessories helps keep the focus on that.” Stripped of their usual attire, they are unburdened of prevalent hyper-masculine clichés. Observers are free to ask, “What is an Arab man anyway?” Deconstructing stereotypes, those portraits are a call to action, raising questions of how identity – gender, cultural belonging and religion – affects each one of us: Arab men, Latino women, Egyptian architects or Japanese foodies. Labelling people denies them the right to be complex and unique individuals.

Picture an Arab man now. Looks at those portraits and think. Is this one a scientist or a musician? Is that one a vegetarian? Was his heart ever broken? Is he a dreamer? Is he a hero? Could he tell a good joke?

A flag, a Qur’an, a suit or a keffiyeh would perhaps help you know more, but in Abdul Hadi’s portraits, these guys could be anything. They’re dreaming, laughing and pouting – and you only get to know their first name and nationality. To know more you would need to chat with these men. And maybe you’d talk about paragliding . . .

Nada Akl is a freelance journalist based in Beirut. Tamara Abdul Hadi is now raising funds for her project on the crowd-funding website www.emphas.is.

2 Responses to “Picture an Arab Man”: See What Google Says