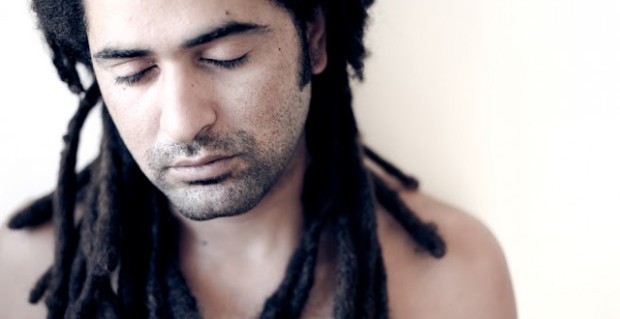 Vanessa Bonnin reports on the work of Iraqi Canadian photojournalist Tamara Abdul Hadi who has photographed men from Syria, Palestine, Lebanon, Egypt, Iraq, Sudan, Emirates and Jordan as part of her ‘Picture an Arab Man’ portrait series. Her next stop is Morocco.

Started in 2009, Abdul Hadi’s project is meant to literally picture a new face for Arab males, as opposed to the one represented in mainstream media in a post 9/11 world. Since the Arab Spring, her project is more relevant than ever.

“I attempt to [break down stereotypes] by highlighting the sensual beauty of the Arab man, an unexplored aspect of their identity on the cusp of change in a society that reveres an out-dated form of hyper-masculinity,” Abdul Hadi said.

“Arabs have been misrepresented for a while through western media. In the 1920’s they were stereotyped as Sheikhs with Harems because that was what was brought back through Orientalist depictions.

“More recently, the misrepresentation turned to terrorist and after 9/11 the stereotype became even more common.”

Abdul Hadi captures her subject’s semi-nude without any distinguishing clothing or accessories to help keep the focus on the men’s faces. She invites people to take a second look and question what she believes are long standing misconceptions.

“I strive to do what I can to redefine the image of the Arab man for an audience so accustomed to one-dimensional stereotypes,” she said.

“Most importantly, I hope to properly represent my subjects as diverse and candid men whose only thing in common is their rich Middle Eastern heritage.

“My main idea when I’m shooting is to capture these men as gentle beings, and show them in light they might not be usually seen.”

Abdul Hadi was born to Iraqi parents in the UAE and raised in Montreal, Canada. After graduating with a Bachelor of Fine arts she moved to Dubai, UAE and began her photography career. She has been published in the New York Times, The Wall Street Journal, The Guardian and more.

With a background spanning both Middle Eastern and Western lifestyles, she is well positioned to try to reconcile these two different view-points and sees it as a personal mission to try and bridge the cultural divide.

“I never pretend to be just Iraqi or just Canadian because that is not who I am – I am an Arab woman with a Western background who is showing my work through MY own view,” she said.

“Some people may relate, and others wont, but I think that this project speaks of discrimination and stereotypes that people in the West and East will relate to. I want this project to be shown in the West as much as the East. There are socially-imposed ideals regarding Arab masculinity within Eastern societies too.”

To fund the completion of the project, Abdul Hadi is using ‘crowd funding’ through the website Emphas.is – where photojournalists pitch their projects directly to the public. The funding call has eight days to go and is 70 per cent complete. In order to collect the funding, she must reach her target of $8280 by April 30th.

“Receiving funding to complete the production of the project will also get me one step closer to my ultimate goal, which is to publish this project as a book,” Abdul Hadi said.

“The funds that I am requesting will go toward covering my transportation and accommodation, and for printing of prototypes of the book. I hope to publish the book once I feel I have represented all Arabs and all Arab countries through this project.

“The first stop I want to make next is Morocco. I have never been there and photographing Moroccan men for this project is imperative to its completion. I plan to visit Fez, Marrakech and Casablanca.”

To help her get to Fez and photograph Moroccan men for her project, go HERE