People Are Thinking: The Legacy of the Arab Spring 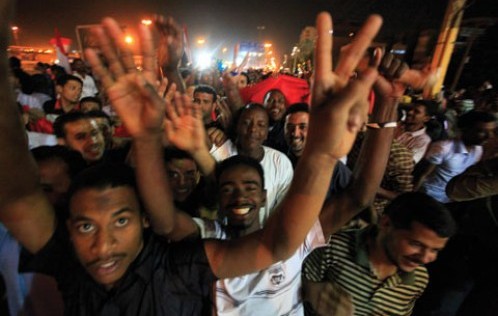 Tomorrow it will be exactly a year since protests began in Egypt against the regime of President Hosni Mubarak. While not ignoring events in Tunisia, you could say that the Arab Spring began in earnest when the protests arrived in Tahrir Square.

There have been many consequences of the human fires that set Tunisia and Egypt ablaze. Many hopes set alight and, for now, dashed. Many killed, and many whose lives are no better, or are even worse, than they were before 2011.

Of all the changes that have taken place, it seems to me that one is more significant and far-reaching than any other.

The received wisdom in the Middle East is that education systems in the region do not sufficiently promote or encourage critical thinking.

For all the billions of dollars being poured into education, especially in the GCC countries and particularly into tertiary education, the events in the Arab world over the last twelve months have done more than a million university degrees and high school certificates to help young Arabs to think critically about subjects of life-and-death importance.

Of course there will always be manipulation of emotions and outright deception. The Syrian government’s attempts to fool the Arab League monitoring team are a typical but rather extreme example of this. ‘Twas ever thus, and not just in the Middle East. Just watch the shenanigans around the Republican primaries in the US to be convinced of that.

And of course there will always be those who slavishly follow the party line, be it religious, sectarian, tribal or political – who think what they are told to think

But as I see it, the real awakening in the Arab world is not the removal of a few tin-pot dictators. If that were the case, in some instances it would be an awakening from a nightmare to find an even worse reality.

Are these questions just being asked in the households of the intelligentsia, the middle classes and the university-educated minority? I doubt it. There can very few Arabs who have not searched their souls and consciences over the past year, even if many not have not voiced their opinions outside a trusted circle of friends and family, and even if after reflection they have opted for the status quo. The important thing is that they have asked the questions.

For those who have benefited from the status quo, the last year will have been frightening or even disastrous. But for many others the experience will have been exhilarating, even if it has not always been comfortable.

The essence of critical thinking is to question, to be curious and to challenge before coming to a conclusion. There have always been critical thinkers in the Middle East, whatever educationalists might say. The legacy of Arab Spring is that today more people than ever are thinking about the big things as well as the small.

And that – for me – is probably the most profound change that I have seen in 30 years of living in, visiting or watching the region.