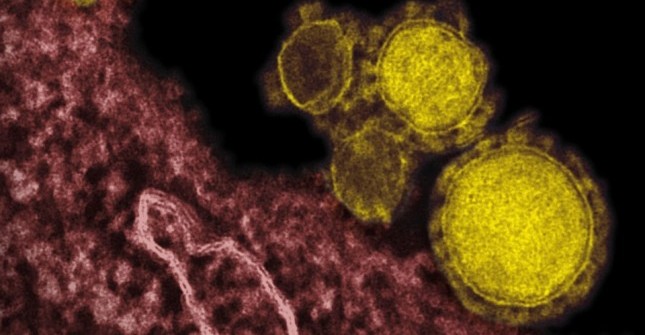 Confronted by a new disease that is killing it citizens, the government of Saudi Arabia is complaining that a Dutch laboratory has patented the MERS-nCoV virus. As a result, anyone who wishes to reproduce the virus — even for the purpose of trying to find a way to kill or control it — must pay license fees to that lab.

It is indeed unfortunate that genetic data has become patentable, but that’s something that’s been going on for better than 20 years. I think there are exceptional valid reasons to prevent the patenting of natural materials, but that argument has not been a winning one in courts.

GENEVA: Saudi Arabia lamented Thursday that foreign drug companies had patented the new SARS-like novel coronavirus that has killed 22 people worldwide in less than a year, slowing down the diagnosis process considerably.

“We are still struggling with diagnostics and the reason is that the virus was patented by scientists and is not allowed to be used for investigations by other scientists,” Saudi Deputy Health Minister Ziad Memish told diplomats gathered in Geneva for the World Health Assembly, the UN health agency’s decision-making body.

He said a scientist took a virus sample out of the country without permission, gave it to the Erasmus Medical Center in the Netherlands, and Saudi Arabia only learned of its discovery from ProMED, a US-based Internet-based reporting system.

“There was a lag of three months where we were not aware of the discovery of the virus,” Memish said.

The Rotterdam-based Erasmus lab then patented the process for synthesizing the virus, meaning that anyone else who wanted to use their method to study it would have to pay the lab.
…

The Associated Press weighs in on the issue as well: