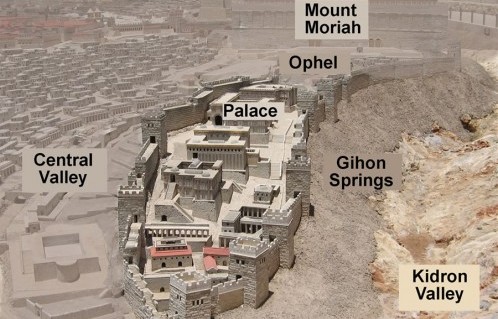 The Palestinian village Silwan in East Jerusalem is situated about a hundred metres from the Temple Mount/Haram el Sharif. It is home to 40,000 Palestinians and almost 400 Jewish settlers. The village also hosts a large archaeological site called the “City of David”.

The past few months have seen an escalation of violence between the settlers, Palestinian residents, Israeli activists and the police. On several occasions, structures and fences within the archaeological site have been burnt down. Sections of the site are now closed to visitors on Friday, a day particularly prone to clashes.

Ancient artefacts may seem like an unlikely flashpoint for conflict, but both sides are using the remains of the past to legitimate their claims for sovereignty over Jerusalem. Silwan, which was occupied by Israel in 1967, is arguably one of the most sensitive locations in Jerusalem. Moreover, the fact that the City of David site is jointly administered by the Israeli authorities and a Jewish settlers’ organisation has placed its archaeological remains at the centre of the present-day national struggle.

Jerusalem is a complex city, not only politically but also from an archaeological point of view. Artefacts from the City of David site date back to the founding of Jerusalem during the Kingdom of Judea, known to us from the Bible, but it also contains artefacts from many other periods as well. Amongst these remains are city walls from the 18th century BCE and a residential neighbourhood from the Abbasid period (which dates back to the 8th century CE), to name just two.

Despite the diversity of cultures and histories in this area, the central story told to those who visit the City of David excavation site is that aspect of Jerusalem’s history which is meaningful primarily to Jews. Stories about artefacts found at the site that testify to the existence of other cultures and religions, some of which are particularly meaningful to local Palestinian residents are omitted.

Sadly, local Palestinian residents, who have always felt proud of living in one of the places where Jerusalem first emerged, have been excluded from the story. This is all the more lamentable considering that Jerusalem is considered a holy city for all Abrahamic faiths.

In response to this reality, a group of Israeli archaeologists and social activists established Emek Shaveh, a non-governmental organisation dedicated to promoting the idea that the past belongs to everyone – regardless of their religious or national affiliation.

Any archaeological artefact tells a complex story that is independent of contemporary traditions and beliefs. Listening to the stories and what they tell us about the history of Jerusalem could enrich our present-day culture and promote tolerance and pluralism. The cultural riches of archaeological sites are inseparable from the cultural wealth of the land and belong to all communities, peoples and religions who share it.

Despite its preoccupation with the study of past cultures, archaeology is practiced in the present day. In our view, the authorities responsible for researching the past, particularly the archaeologists and the Israel Archaeological Authority, can and must include the residents who live in and around the site in their excavation plans, share with them the results of their research and conduct themselves in a way which demonstrates a consideration for the local community’s own heritage and culture.

Moreover, a site like City of David should be managed by the official Israeli Authorities in cooperation with the local residents, not by a settler organisation that has vested political interests. Depoliticising the archaeological site would allow the residents to view archaeology not as a tool used to disenfranchise them but rather as a resource for their economic and cultural benefit.

Moreover, we believe that open channels of communication and cooperation between archaeologists and local residents would strengthen the bond between the residents, their neighbourhood and their particular history, and would be the best way to safeguard and preserve the remains of the past for the benefit of all communities.

To preserve Jerusalem’s heritage, all sides must strive to make antiquities accessible to everyone and remember that alongside one’s own heritage there are others that are no less important. Recognising this is important for the Palestinian residents of Silwan, Israeli society and anybody who desires a better future for the parties in conflict.

Yonathan Mizrachi is an archaeologist and a member of Emek Shaveh (www.alt-arch.org), an organisation dealing with the interface between archaeology and the Israeli-Palestinian conflict.